Eleven years ago, Sarah was diagnosed with inflammatory bowel disease (IBD) - an inflammation of the gastrointestinal tract, causing symptoms like persistent diarrhoea, bloody stools, as well as an increased risk of developing bowel cancer. 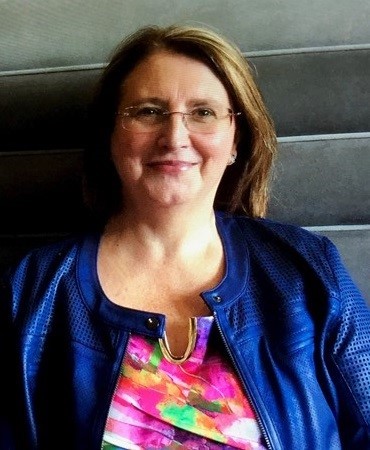 Sarah said, “I have annual medicals at Spire Cheshire, and during one of my check-ups they found blood in my stools, and I was sent for a colonoscopy which confirmed I had IBD.

“I was treated with a low dose of chemo for five years, which was able to put the disease into remission. But as part of a routine colonoscopy, and despite me feeling well, I was told I had bowel cancer.”

Dr Ramakrishnan, Consultant Gastroenterologist at Spire Cheshire, advised that due to her history of IBD, her best option was a total colectomy, which means total removal of the bowel. She went ahead with the life changing surgery in June 2016.

“With hindsight, I’d had symptoms of IBD for a while before I was diagnosed, like an irritated stomach and diarrhoea. But people often would just say ‘oh that’s just what’s normal for you!’ It’s very easy to ignore key symptoms and put it down to something you’ve eaten or just your bowel’s natural tendencies,” Sarah explained.

“The team at Spire Cheshire were incredibly supportive. It’s been difficult adjusting to life after the procedure, it’s a lot to get your head round. But you do feel very fortunate to be alive. I want to urge anyone experiencing any unusual symptoms to get them checked by their GP straight away.”

Dr Ramakrishnan, Consultant Gastroenterologist at Spire Cheshire, said, “unfortunately, the symptoms of inflammatory bowel disease and bowel cancer can be subtle and don’t necessarily make you feel ill – so signs can be easily missed.

“If you have a persistent change in bowel habits, blood in your stools, or abdominal pain or discomfort provoked by eating – you need to get further advice from a health professional and ensure the possibility of more serious bowel diseases are taken into consideration.”

"I had gastric bypass surgery, lost 7 stone and now I run marathons!
Read Karen's Story
"I cannot thank Dr Vani enough as he has genuinely changed my life.
Read Miss K O'Reilly's Story
"91 days after the operation I was back skiing
Read Ed Morgan's Story