In late September 2017, Angela Backhouse began having troubles in her left eye. With Christmas around the corner and a family trip to the Middle East planned, time was of the essence when it came to getting the problem sorted. Because of this, Mrs Backhouse came to see Dr Fayyaz Musa, Consultant Ophthalmologist at Spire Elland Hospital.

“In about September 2017, my optician suggested that I should be considering having a cataract in my left eye removed and gave me the names of two or three surgeons which she recommended. I chose to contact Dr Musa when I wanted to have the procedure done. As the cataract was not really troubling me I decided to wait until after Christmas and our annual visit to Abu Dhabi and Dubai to see our two sons and families there in mid February for almost three weeks.

“I did wear a contact lens in the right eye at the time and at the end of October, I started with what became a very nasty infection in that eye. Despite visiting my optician twice and having several courses of antibiotic eye drops, the condition did not improve. Obviously I did not want to travel to the Middle East struggling with this condition so I made an appointment with Dr Musa in January. I had not been able to wear my lens since October and was not comfortable with my long-distance spectacles.

“He almost immediately found a rolled-up festering contact lens at the top of the eye, to which he removed there and then, much to my relief.

“Mr Musa recommended that I have the cataract removed in the not too distant future and that he could laser my right eye so that I would not need to wear the spectacles or a lens anymore.

“The cataract was removed in April 2018 and was very successful. I was very happy with Dr Musa and all the staff at the hospital where I have had several treatments over many years. It is a very pleasant and friendly environment to be treated in. When I decided that I wanted to have the lasering done I was very nervous about it as we had a very busy and exciting year to come.

“I did eventually have the lasering done in June 2019 and am extremely delighted with the outcome, I shouldn’t have worried! Dr Musa was VERY patient with me and all my misgivings, so I thank him very much for that.”

Dr Fayyaz Musa is a Consultant Ophthalmologist at Spire Elland Hospital. Having graduated from the University of Edinburgh in 2000, Dr Musa has continued to develop his skills within the field of ophthalmology, now being one of a handful of surgeons who is fellowship-trained in treating both corneal disorders and glaucoma. 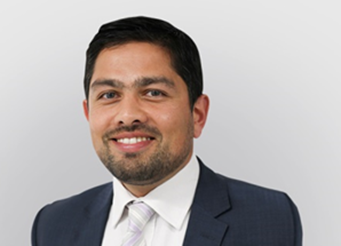 Learn more about the consultant here

Spire Gatwick Park Hospital in Horley has seen its rating improve to ‘Good’, following an inspection by the Care Quality…