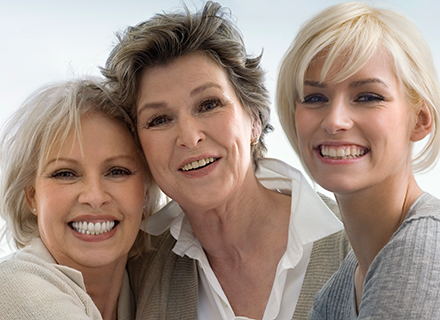 It’s the 21st Century and many people in the UK would consider themselves unshockable - so why are we all so reluctant to discuss gynaecological cancer?

That is the question being asked by The Eve Appeal as Gynaecological Cancer Awareness Month runs throughout September.

They are calling on both women and men to overcome any embarrassment in discussing gynaecological organs or body parts and discuss any issues relating to them which otherwise is often seen as a taboo!

Their campaign is backed by Miss Kavita Singh a Consultant Gynaecologist and Gynae-oncologist at Spire Parkway Hospital in Solihull, Birmingham, who said: “Women’s cancers can affect all ages and often present with hidden symptoms. It is crucial to talk frankly about any symptoms to help in early detection.

“Women and men need to be more aware of what is normal because this is the only way they will be able to tell when something is wrong.  As with all cases of cancer the quicker it is detected the better the treatment outcomes.”

More than 21,000* women in the UK are diagnosed each year with gynaecological cancer yet a survey carried out by The Eve Appeal reveals a large number of them know little about their own anatomy with nearly half of those surveyed unable to identify the vagina on an anatomical diagram and 45% of women unable to point out the cervix.

The five cancers categorised as gynaecological are:

Cervical cancer: Cancer of the cervix (the entrance to the womb from the vagina) often has no symptoms in its early stages. If you do have symptoms, the most common is unusual vaginal bleeding, which can occur after sex, in between periods or after the menopause.

Abnormal bleeding doesn't mean that you definitely have cervical cancer, but it should be investigated by your GP as soon as possible.

Ovarian cancer: The fifth most common cancer amongst women in the UK with more than 7,000 women diagnosed each year. Because symptoms are not well known or often mistaken for as ‘tummy troubles’ or period pains, it is usually discovered in the late stages when successful treatment is much more difficult.

“Far too many women are dismissing the symptoms for too long before going to see their GP.  Unfortunately there is not always a specific symptom and the symptoms could be subtle so they are difficult to spot. That is why it important to know what is right so you can then detect if something is wrong,” said Miss Singh.

Vaginal cancer: A rare form of cancer with around 260 new cases diagnosed in the UK each year. The most common symptom of vaginal cancer is abnormal vaginal bleeding although smelly or bloody vaginal discharge, pain during sex or pain when urinating can also be indicators, as can irregular or heavier periods.

Endometrial Cancer or cancer of the womb:  This is a common cancer that affects the female reproductive system. Abnormal vaginal bleeding is the most common symptom so if you have been through the menopause, any vaginal bleeding is considered abnormal. If not then ‘unusual bleeding’ may include bleeding between your periods. About 8,475 new cases are diagnosed in the UK every year - most in women aged 40 to 74 who have been through the menopause.

Cancer of the vulva:  The vulva is a woman's external genitals including the lips surrounding the vagina (labia minora and labia majora), the clitoris (sexual organ that helps women reach sexual climax), and the Bartholin's glands (two small glands each side of the vagina).

Around 1,200 new cases are diagnosed each year in the UK and those most affected are women over the age of 65.

Symptoms can include a persistent itch, pain, soreness or tenderness in the vulva. You should also look out for raised and thickened patches of skin that can be red, white or dark or any lumps or wart-like growths.

Miss Singh said: “The lack of basic knowledge about the female body or conversations around how the female anatomy works, is extremely worrying. How can we expect women to know what to look out for in terms of unexpected changes in their vagina or vulva or to be aware of the signs and symptoms of a gynaecological cancer, if they’re not aware of how they should look and function.

“I am not expecting people to have a vast medical knowledge but it really is worth taking to time to find out what is healthy and what should be checked out by a GP. Hopefully the Awareness Month will help bring these issues into the open and help women – and their partners – to discuss the subject openly.”

*Figures from The Eve Appeal

We're here to look after you

We're here to look after you

As his eyesight steadily deteriorated, 71-year-old Geoff Bell was worried that he might have to give up riding his belov…

Spire Parkway Hospital has been upgraded to a ‘Good’ rating, following an inspection by the Care Quality Commission (CQC…