A new way to combat glaucoma is being pioneered at Spire Bushey Hospital where Consultant Ophthalmologist Mr Alan Kosmin is fitting ‘the smallest medical implants in the world’ into patients’ eyes.

Glaucoma is a common eye condition where the optic nerve, which connects the eye to the brain, becomes damaged. It is usually caused by fluid building up in the front part of the eye which then increases pressure inside the eye. It can affect anyone, but is more common in people of 40 and above and, if not treated, can lead to blindness.

He explained: “As the name suggests, these operations minimise the manipulation of eye tissue while achieving the desired effect of allowing the extra fluid trapped in the eye to escape.

“As the wounds are much smaller, the eye can recover much more quickly from the operation compared to more invasive, traditional surgical techniques.”

Mr Kosmin performs three types of MIGS. These are iStents, Xen implants and Cypass stents.  It is also a bonus to many patients that the insertion of all these tiny stents can be combined with cataract surgery if necessary.

He said: “The iStent  -  at less than 1 mm long - is currently the smallest implanted medical device in the history of medicine. Special training is needed as the surgeons actually insert these by hand – not an easy task by any stretch of the imagination.”

“What it also means is – because each of these MIGS techniques can be best suited to different clinical scenarios – I can provide a more tailored approach designed to suit each individual glaucoma patient.”

Mr Kosmin thinks that these developments will see a major reduction in the use of eye drops in the treatment of glaucoma.

“While there is no doubt that eye drops can be effective at treating glaucoma, they do have several drawbacks, including causing the eye to be red and irritable.  They can also sting on application and there is the ongoing expense of continued treatment.

“Some drops can even have side effects that occur far from the eye, eg by slowing the heart beat or exacerbating asthma. In addition many people can actually forget to use their drops resulting in their glaucoma getting worse.”

Even before the arrival of MIGS ,  the use of eye-drops was in decline as more people opted for a laser treatment called selective laser trabeculoplasty (SLT).  Mr Kosmin has been performing SLT for six years, both on patients with glaucoma and ocular hypertension.

He explained: “The procedure is usually done in outpatient’s clinic and lasts about five minutes for each eye. First I administer local anaesthetic eye drops and then the patient sits while I operate the laser.

“Basically they will see a few bright flashes and their vision will be a little blurred for several hours afterwards.  As with implants, patients should go home the same day as they are treated.”

Mr Kosmin added: “Once we start to treat glaucoma we can usually stop any further deterioration of the eye. However, any damage already done is irreversible – which is why it is so important for people to have their eyes tested on a regular basis, as your optician can perform glaucoma screening during  routine eye tests.

“Glaucoma, if not treated, can have a devastating effect on a person’s life. I am very pleased to say that, at Spire Bushey, I have all the state-of-the-art equipment necessary to give my patients the best possible outcomes from their treatments,” said Mr Kosmin. 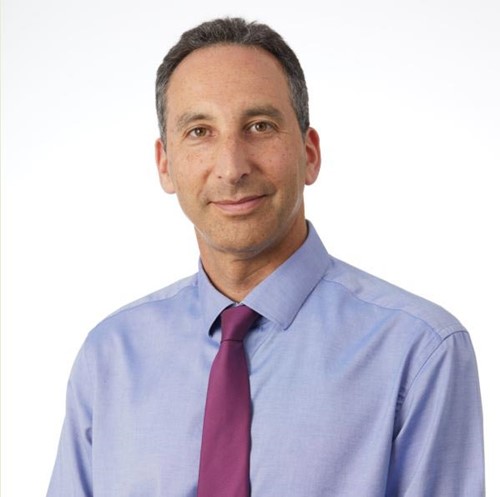