As head of sport for the Imperial College of London it is easy to imagine that Will Hollyer spends a lot of time on his feet!

Combine his work with his love of sport in his spare time and you can see how a painful foot could cause havoc with his lifestyle.

For the last six years Will has been suffering from sesamoiditis - causing pain in the ball of the foot, particularly under the big toe joint.

In an effort to manage the pain he has undergone a series of injections, worn various orthotic devices and made various ‘lifestyle’ changes, all with differing amounts of success.

But seven weeks after undergoing surgery at Spire Bushey Hospital, Will made it to the top of Mount Snowden in a pain-free climb and, better still, no after affects in the following days.

His surgeon, foot and ankle specialist Mr Ben Rudge explained: “The sesamoid bones are very small bones located within the tendons that run to the big toe.

“They increase the leverage of the tendons that control the big toe. Due to their location and function, they are subjected to huge pressure and forces every time the big toe is used to push the foot forward so when they are damaged or broken they can cause a great deal of pain.

“There are various treatment options available and we initially went through a variety of non-operative treatments over the months, but in the end I felt that surgery had become necessary in order to find a long-term solution to the problem.”

Will said: “The injury was affecting my personal and professional life – I couldn’t even walk to the station to get to work. It was then that Mr Rudge explained that it might be time for surgical intervention.”

Mr Rudge explained: “Will had an interesting problem as one of his sesamoids which had split into two pieces so it was a case of removing the painful half rather than taking away the whole bone.

“The sesamoids sit within a complex tendon system so it is important to leave as much of the soft tissue surrounding the bone as possible while still taking away all of the section that was actually causing the pain.

“Everything went well and he was home and recovering later that afternoon. Once the soft tissues had healed he was back into normal shoes and start building up to his normal active lifestyle.”

As for Will, he said: “For the first time in six years I was able to walk pain free. The operation went really well – the walk up Mt Snowden was fantastic and I am now able to get on with the things I love and not have to worry about my foot at all.

“It has been a bit of a journey but Mr Rudge has been fantastic and I really can’t thank him enough.” 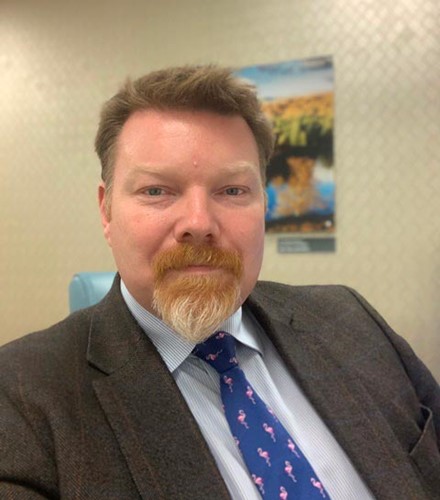 Read our latest Q and A with ENT Consultant, Mr Jonathn Hughes on head and neck cancer.

Read our latest Q and A with Consultant Dermatologist, Dr Mohammad Ghazavi on skin rejuvenation.