Mountain-climber Rob Schofield is on top of the world after becoming the first person in the North West to have a knee replacement operation carried out by the latest in robotic technology.

The Navio Robot-Assisted System at Spire Manchester Hospital is one of only three in operation throughout the UK. It takes away the need for a pre-operative CT scan to provide an image of the operation area.

Instead a probe feeds a 3D ‘roadmap’ of the knee into a computer which provides all the information needed to create a specific surgical plan for each individual patient.

The computer then feeds back information about the knee allowing the surgeon to accurately remove damaged bone to make way for the implant. It enables bone cuts precise to fractions of a millimetre. The surgeon is able to visualise the final knee replacement in 3-D imaging before bone cuts are made.

If the cutting tool is passed over a part of the knee that doesn’t need removing then the cutters automatically stop… not starting again until it reaches parts mapped out for removal.

Fifty-three-year-old Rob, a Training and Development Manager from Littleborough near Rochdale, said he was more than happy to be first in line for the treatment following two years of knee pain that was affecting his outdoor lifestyle.

He explained: “I have always been an active person and played a lot of squash, tennis, badminton and football in my youth. Over the last ten years I have done a lot of climbing and walking in the Lake District and Scotland.

“It is always hard on the knees when you are coming down a mountainside but, over the last two years I have had to take painkillers before I even started my decent.

“When I was told the operation would be a ‘North West first’ I was intrigued, but I checked things out on the internet and learned that the alignment of the replacement  knee would be much better, meaning my recovery and long-term fitness would  also benefit.

“After discussing it with my consultant I realised it was a ‘no-brainer’ and I was more than happy to go with the procedure.”

The operation was performed by Consultant Orthopaedic Surgeon Mr Winston Kim who explained: “The hand-held Navio allows a more precise and accurate implant placement, tailored to the patient's anatomy and alignment. This increases the likelihood of a more natural-feeling knee after surgery.

“I believe this will have the potential to reduce the requirement for revision surgery and increase the lifespan of the knee replacement.

“Because the robotic cutters cannot deviate from the image of the knee we have in the computer then the end result is that cuts to the natural knee joint are exact – nothing that doesn’t need removing is removed.”

“The first operation went very well and I am confident of an excellent outcome. This really is the cutting-edge of joint-replacement technology and I am sure it will prove a great success for surgeons and patients alike.”

As for Rob, he said: “I already have a much better range of movement in my knee and it seems to be improving daily.

“I was told full recovery could take six to nine months but I’ve set myself a target of climbing at least one mountain before this year is out!” 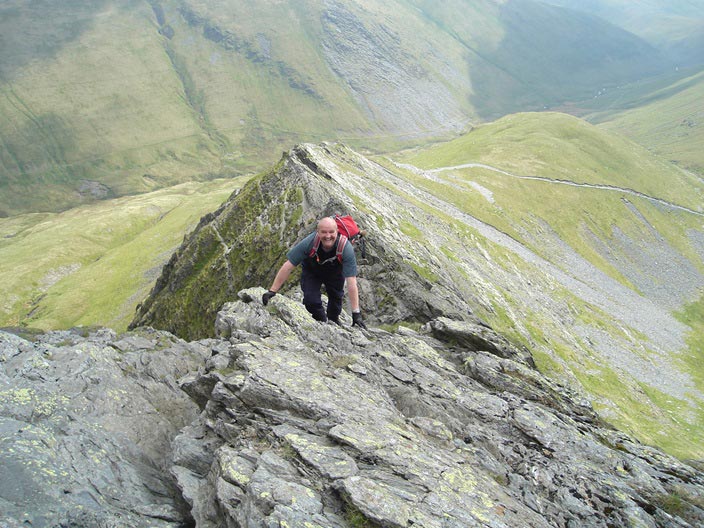