April is Bowel Cancer Awareness Month, a health awareness event that Spire Manchester recognises as hugely important. The statistics surrounding bowel cancer are alarming, and it is vital that we are all aware of the symptoms. Bowel cancer is more common than we may think, with over 42,000 people diagnosed every year – that’s one diagnosis every 15 minutes – and as always, an earlier diagnosis increases survival rates.

This month, we will be raising awareness of the main symptoms of bowel cancer. The important changes to look out for are: blood in the stools or bleeding from the bottom, a pain or lump in your abdomen, persistent and unexplained change in your bowel habits, unexplained weight loss and extreme tiredness for no obvious reason.

As with any unexplained changes in your health, it is important to consult a Healthcare Professional for advice as soon as possible. After patients have been examined by their specialist they are usually referred for a colonoscopy or CT scan.

While bowel cancer is sadly the UK’s second biggest cancer killer, the number of people losing their lives to the disease has been decreasing since the 1970s, thanks to research and increased awareness. 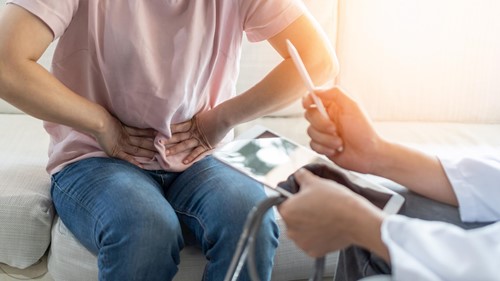 Consultants from Spire Manchester have shared their thoughts on the illness, which is sometimes also called colorectal cancer.

Mr Nicholas Stylianides, Consultant Colorectal Surgeon, stresses that bowel cancer is not a disease affecting just older people. He says, “One of the main things I’d like to emphasise is that the diagnosis of bowel cancer is increasing amongst younger people - those in their 30s and 40s.

“Over 2,500 new UK cases are diagnosed yearly in people under 50. Coupled with the fact that there is no definitive screening programme [for this age group], it is imperative that we are all aware of bowel cancer symptoms, including unexplained weight loss, a pain or lump in your stomach and blood in your stools.”

Mr Stylianides feels strongly about the fact that younger people are not screened for bowel cancer in the UK. He suggests that it could be beneficial for us to follow in America’s footsteps with our screening programme: “I believe that the UK should follow the USA’s lead in decreasing the age of our screening programme, to people aged 45. Currently, the UK starts screening people at 60, which I think prevents a potential early diagnosis of bowel cancer in the 45-59 age demographic.”

Mr Ben Hornung, Consultant Colorectal Surgeon, urges people to be aware of the risk factors surrounding a bowel cancer diagnosis. He says, “Although there is no singular defining cause of bowel cancer, certain factors have been shown to increase the likelihood of a diagnosis. These are: a family history of the disease, long term bowel issues such as Crohn’s disease or ulcerative colitis, Type 2 diabetes, and a generally unhealthy lifestyle, for example smoking, or having a high BMI. It is estimated that 11% of bowel cancers in the UK are linked to being overweight or obese.”

If you are concerned for your bowel health, Spire Manchester works closely with many expert consultants in this area and can help you; please call us on 0161 447 6700.