When – back in April 1997 – it was decided to have a special Awareness Month to highlight the problems of Irritable Bowel Syndrome (IBS), the first campaign slogan was ‘Don’t Suffer in Silence’.

Unfortunately, according to Consultant Gastroenterologist Dr Subramaniam Ramakrishnan more than 20 years later, people are still keeping the problem to themselves as they are embarrassed to discuss symptoms such as diarrhoea, constipation, or excessive wind - even with their GP!

“The worry is that in some people, IBS type symptoms sometimes referred to as a ‘dodgy tummy’ could be masking a much more serious condition,” said Dr Ramakrishnan.

“IBS symptoms can be very similar to more serious conditions such as Coeliac disease, Crohn's, ulcerative colitis or, in some worst case scenarios, bowel or stomach cancer.

“That is one reason why suffering in silence is not an option. If you have had IBS type symptoms for more than a few weeks, you need to see you GP. They will study your medical history and may also refer you to a gastroenterologist for further investigations which will hopefully rule out more ‘sinister’ conditions.”

If it is established that IBS is the problem then there are medications which, along with lifestyle changes, can help ease and control the symptoms.

Stopping smoking is a must and cutting down or giving up alcohol will almost certainly make a difference, but diet is also very important - eating lots of fresh fruit and vegetables while avoiding processed foods can result in big improvements for most sufferers.

IBS can develop at any age but typically involves younger age groups including adolescents and is thought to affect around one in five people at some time in their lives. It is a disturbance in the function of the bowel rather than a structural defect and symptoms often come and go over many years, generally improving with identifying the type of IBS and treatment of symptoms appropriately

Dr Ramakrishnan hopes that the IBS Awareness Month allows people to bring their problems into the open. Once they come to terms with IBS they can then start to make positive moves towards controlling their symptoms and improving their quality of life. 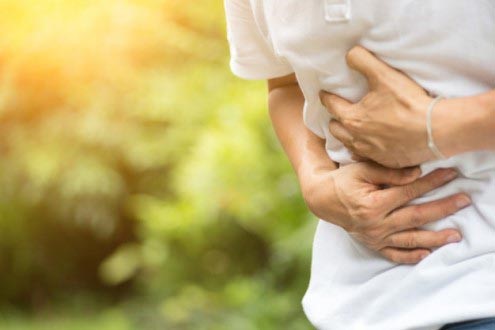 For more information or to make an appointment with Dr Subramaniam Ramakrishnan please call 01925 215 029 or complete our online enquiry form.

Read more
Knowing your body and the symptoms of bowel cancer…