Back in 2018, Spire Manchester became the first hospital in the North West of England to introduce the use of the pioneering technology, Mako - an innovative robotic system that transforms how hip and knee replacement surgery is undertaken.

Since then, everyone’s hard work has paid off and we are delighted that the hospital performed the most Mako operations in the UK in 2020. We are delighted to receive the same title once again for 2021, with our patients undergoing more Mako-assisted joint replacements than at any other hospital in the UK.

At the end of April 2021, the hospital reached the milestone of performing more than 650 Mako procedures. Then in quick succession, the momentous 1,000 landmark was met at the end of the year. 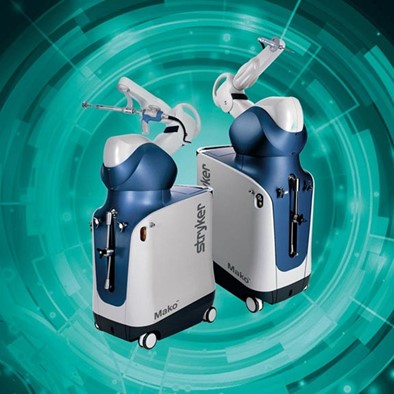 Mako offers a number of benefits to patients including optimum levels of precision, a faster recovery time in knee movement, and reduced pain levels compared to traditional joint replacement surgery. The use of Mako during an operation helps the surgeon to minimise the trauma to the hip or knee while preserving the maximum amount of healthy tissue.

Former professional footballer Oshor Williams experienced this first hand when he underwent Mako-assisted joint replacement surgery at Spire Manchester. After already undergoing a 'traditional' hip replacement on one hip, Oshor was delighted with his recovery the second time around on his other hip. He said, "I couldn’t believe there’d be so much difference between the two procedures. It was a godsend to someone like me who needs to be active all the time." 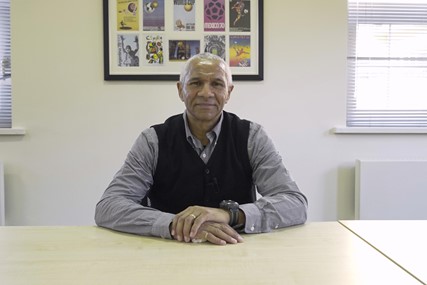 British actress, Beverley Callard recently had a Mako hip replacement at Spire Manchester. She said "my hip replacement has given me my life and career back – in my job, you have to be fit and fully mobile, and within a short space of time after my surgery I was on my feet and able to take part in ‘I’m a Celebrity’ which I’m extremely grateful for!"

Find out more about Mako robotic-assisted surgery at Spire Manchester.