Beverley Callard, 63, British actress, who has a long-standing role in Coronation Street and also appeared in the most recent edition of ‘I’m a Celebrity’, had a state-of-the-art Mako robotic-assisted hip replacement performed by OrthTeam’s Mr Adam Hoad-Reddick at Spire Manchester Hospital. 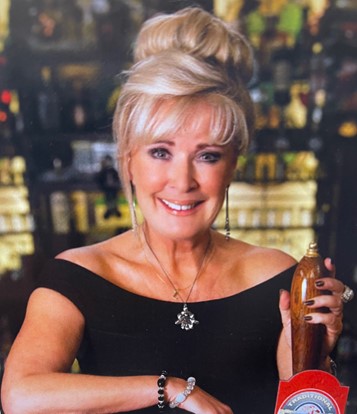 It was while Beverley was appearing on stage in September 2019 that she pulled her hip. She has taught fitness for many years and is very in tune with her body, so she knew that when the ‘niggling pain’ continued for a few months, that something wasn’t right and arranged to see her doctor in January 2020.

Beverley’s GP referred her to a surgeon who, following assessment, advised her to have a hip arthroscopy. Unfortunately, this first procedure wasn’t a success and she was left in significant pain and had to rely on crutches as she was unable to walk. A doctor friend of Beverley recommended that she should see OrthTeam’s leading hip specialist, Mr Adam Hoad-Reddick.

Beverley said: "I went to see Mr Adam Hoad-Reddick in July last year at the OrthTeam Centre and after a thorough examination and various scans, he advised me that I would need a hip total replacement."

Mr Hoad-Reddick added: "When I first met Beverley, she was really struggling. She was unable to walk unaided and was in constant pain, requiring strong painkillers. She had gone from being very active, enjoying pilates and yoga to being limited in all activities. At the Orthteam Centre, we organised tests including X-rays and scans. These showed that Beverley’s hip had severe damage to the joint lining surfaces.

"Beverley and I discussed the treatment options. She was very keen to be free of pain and to return to her previous levels of activity. We decided that the best option was to perform a hip replacement operation. We used the MAKO system which incorporates scans, computerised planning and a robotic system during the operation to place the hip implants in the perfect position. We also decided to use a special type of hip called a ‘Dual Mobility’ bearing which reduces the risk of the hip coming out of place after the operation, and allows her to return to the hobbies that she used to enjoy, including pilates."

The surgery was a success and Beverley worked incredibly hard with the physiotherapists from Spire Manchester Hospital after her operation to get back to her previous level of fitness.

Adam commented: "It was fantastic to see her do so well and manage her ‘I’m a Celebrity’ appearance without any problems, so soon after major hip surgery. I was a bit taken aback when the ITV team asked me if she could parachute and bungee jump (I agreed to the parachuting, but not the bungee jumping!)."

Beverley concluded: "The experience and care I received from Mr Hoad-Reddick and the team was on another level, first class – I can’t thank them enough for looking after me and getting me back to my best!

"I put 100% into my recovery, and did exactly as Mr Hoad-Reddick said with regular physiotherapy and hydrotherapy sessions. My hip replacement has given me my life and career back – in my job, you have to be fit and fully mobile, and within a short space of time after my surgery I was on my feet and able to take part in ‘I’m a Celebrity’ which I’m extremely grateful for!”