For most people, food is one of life’s great pleasures. Yet Kelly Holder, 26, suffered 10 years of feeling very ill after she had eaten a meal or a snack. She has finally found some relief from her condition. 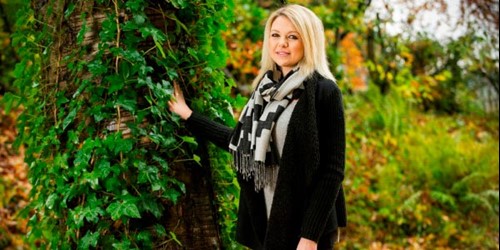 Kelly, who works as a designer in the auto industry suffered the debilitating symptoms of stomach pain, bloating and feeling nauseous after eating, before finally being diagnosed with Gastroparesis – paralysis of the stomach muscles which means the stomach cannot empty itself in the normal way.

She underwent two procedures at Spire Leeds Hospital. Without the surgery, Kelly believes she would not be here today.

The problem first started when Kelly was 16, she suffered crippling stomach pains and bloating. She was prescribed medications, which helped for a while. Then she started university and her condition worsened over the next few years. Her medications were increased but the side effects also made her feel ill.

“I struggled during my time at university; it was an emotional time for me. I had severe stomach pain, felt sick after eating and often found it difficult to keep food down. I couldn’t digest food properly and was put on liquids for almost a year. I lost about one and a half stone in weight and felt drained all the time.”

Later, when Kelly was working at Jaguar in Coventry she was taken into hospital with stomach infections on several occasions and in 2015 spent the New Year in hospital. Doctors suggested she was fitted with a colostomy bag. Kelly didn’t want to try that so she signed herself out and resumed taking her medications, which were making her feel ill. The weight continued to drop off her despite her feeling full and bloated.

Kelly said she saw various doctors but did not find a solution. She ended up leaving Jaguar and moving home to Carlisle to work as a freelancer so she could better deal with the symptoms. “I was in so much pain I felt exhausted all of the time and wasn’t up to socialising,” said Kelly.

Kelly initially had an Enterra device* a gastric stimulator which looks similar to a heart pacemaker, implanted in January 2016 under the care of Mr Dexter, who said the device helps to improve many symptoms of gastroparesis including nausea, vomiting and bloating. However, she was still having problems with her bowels. She saw Mr Maslekar and had an SNS (sacral nerve stimulator)* implanted in June 2016.

Mr Maslekar said, “Essentially Kelly presented with a non-functioning bowel and stomach so she underwent an SNS procedure for her bowel and an Enterra for her stomach. Both procedures were successful and she has her life back.”

Kelly added, “Having the SNS fitted was a life changer. I’m delighted to be able to eat more normally again, I cannot eat big meals but I’m eating little and often and putting weight back on. I’m delighted that I can eat chocolate again! My hair and nails have also started growing again now that I’m getting the nutrients from food and my bowels are working normally again.”

Now she feels confident and enthusiastic about her future she is considering moving away from home once again to further her career opportunities.

Sacral Neuromodulation procedure is similar to a pacemaker for the bowel and done in two simple steps. In the first step, a very thin lead is inserted into the lower end of the spine under local anaesthesia and connected to a battery to stimulate the nerve. The stimulation is very low and patients do not feel the electrical impulse at all. This test phase lasts for 2 weeks during which time the patient has the opportunity to assess the benefits. If there is at least 50% improvement in symptoms, then we proceed to a permanent procedure wherein the lead is internalised and both lead and battery (the size of a £2 coin) are placed deep below the skin so that the patient does not feel it. The battery constantly stimulates the nerve at a very low voltage which the patient does not feel. It does not interfere with patient's life. There are practically no restrictions to the patients. They can get back to work the following day.