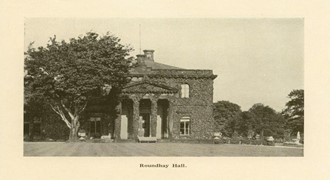 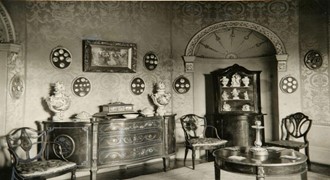 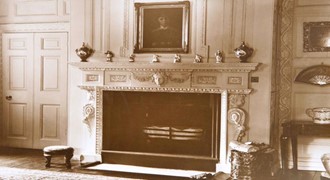 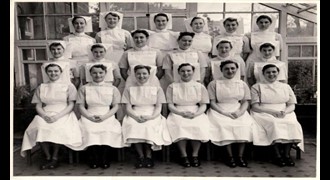 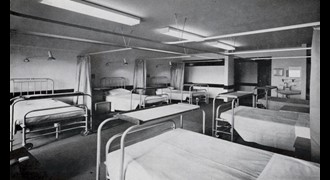 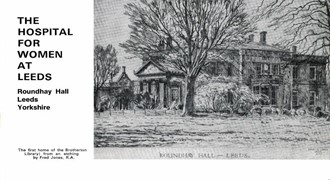 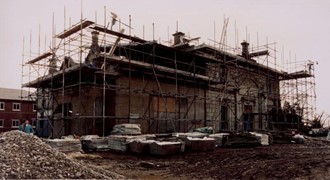 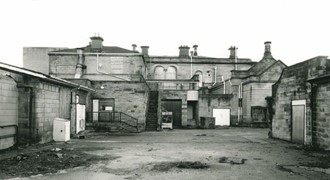 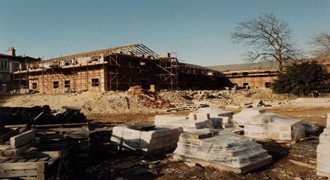 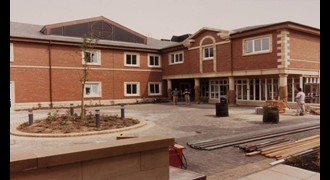 Built in the 1840s for Leeds cloth merchant, William Smith, our beautiful listed building has seen a lot during its colourful history.

When first completed, the mansion was known as Allerton Hall.  In 1916, after a succession of owners, it was bought by Sir Edward Allen Brotherton, a chemical manufacturer, who placed his family’s coat of arms above the door and named it Roundhay Hall.

The house began its service to medicine during the First World War when its new owner gave over part of the site to form a hospital.

On Sir Edward Brotherton’s death in 1930, Roundhay Hall was willed to his niece, the Lady Mayoress Dorothy Una Ratcliffe.

During the Second World War, the hall was used as a 62-bed annexe to Leeds Infirmary and was eventually purchased by the infirmary for £25,000 in 1945.

The training school eventually moved back to the LGI and in March 1974, the ‘Hospital for Women’ moved from its site in Coventry Place to Roundhay Hall.

To accommodate the new hospital, the Hall underwent many alterations and extensions to provide enough space for 90 patients.

After the hospital closed, the building became derelict and fell into a serious state of disrepair.

In 1986 BUPA Hospitals Ltd purchased the entire site and invested more than £12 million.  Over three years Roundhay Hall was restored and a complex of new buildings was constructed around it. The new 85-bed BUPA Hospital Leeds opened in August 1989.

By 2001, the hospital was treating many thousands of patients each year and needed to expand once again.  A £10.3 million pound extension allowed the hospital to increase its services and facilities further.

BUPA Hospital Leeds became Spire Leeds Hospital in 2007, following the sale of BUPA’s UK network of hospitals to private firm, Cinven. Spire Healthcare, which Spire Leeds is part of, floated on the stock market in July 2014.

Spire Leeds Hospital, is amongst the largest of Spire’s 39 hospitals and continually invests and expands its facilities to meet the needs of its patients.

Working in partnership with over 350 consultants, Spire Leeds remains committed to providing the very best private healthcare to all of its patients