Spire Leeds Hospital has launched a package of environmental measures as part of a major drive to become carbon neutral by 2030.

The most ambitious of these is the installation of a new chiller system for three of the hospital’s operating theatres. The previous chillers pumped heat out as waste into the atmosphere, but heat generated by the new chiller units will be reclaimed and used to heat water in the hospital. This will reduce the need for the hospital to use gas-burning boilers for heating, which in turn is expected to reduce the hospital’s carbon usage.

The project to install the chiller units began in the spring and constitutes £300k of investment by Spire Healthcare. The new equipment was installed onto the hospital’s roof, in a complex procedure using a special 30 metre high crane one Sunday morning in June, when the hospital was at its quietest. 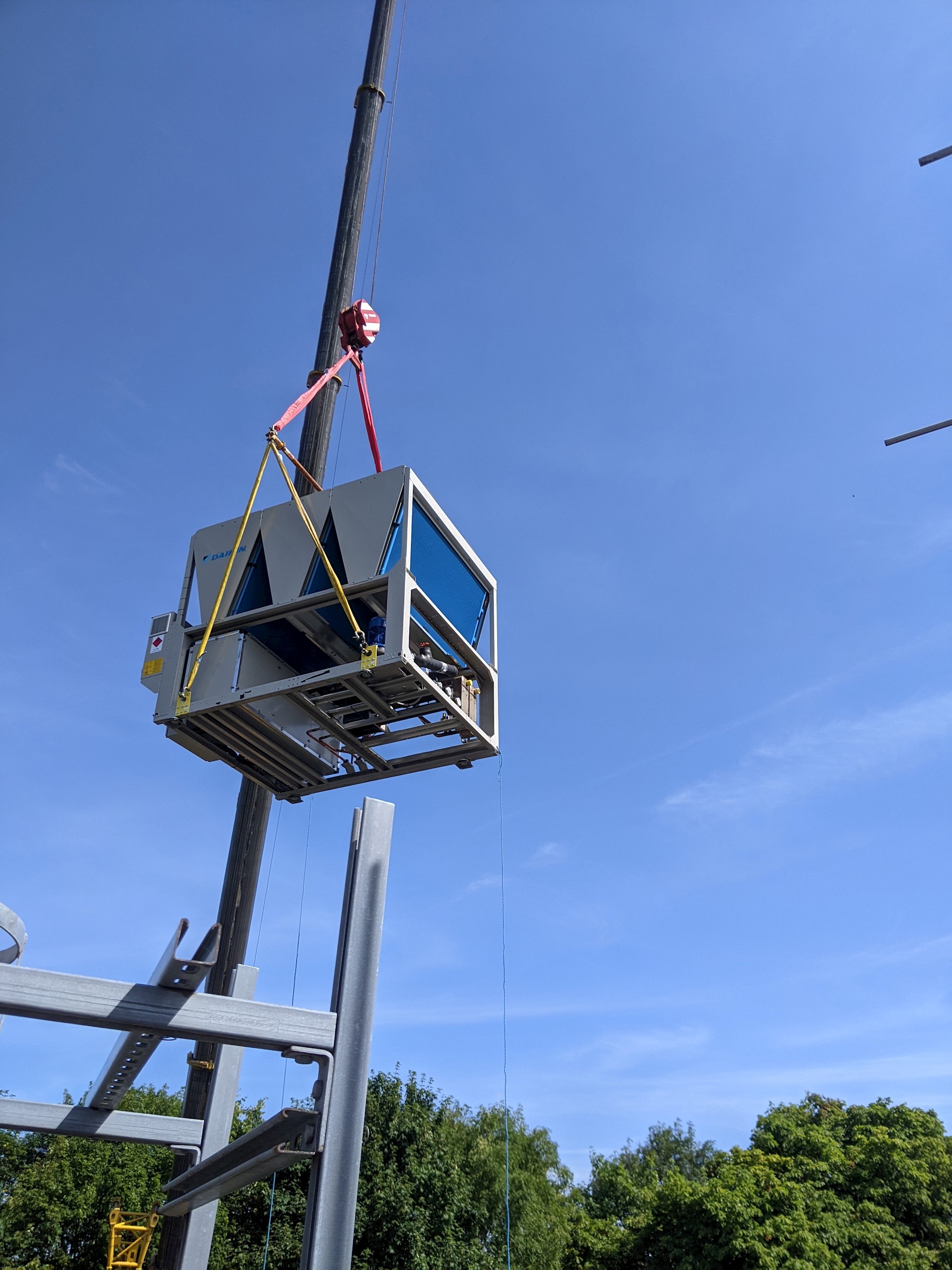 A number of other environmental projects have been put in place at the hospital.

In 2020, Spire Healthcare launched a decarbonisation strategy for all of its 39 hospitals, designed to achieve net zero carbon emissions by 31 December 2030. It was the first independent sector hospital provider to make such a commitment, and £16.0m of investment over the next 10 years has been ring-fenced to help achieve this aim across the UK.

Andrew Johnson, Hospital Director at Spire Leeds Hospital, said: “Hospitals are big consumers of energy, and at Spire Healthcare, we’re committed to playing our role in addressing the climate crisis and reducing our impact on the planet. We’re pleased that the new chillers and our other environmental projects are making inroads into reducing our carbon footprint.

“But the work doesn’t stop here. We want now to build on the enthusiasm of our colleagues for addressing our environmental impact, and continue to think of ways we can do things differently, that will reduce our emissions further.”