Last year, Annette Qazi didn’t quite have the Christmas she was hoping for.

During a routine eye test on Christmas Eve, Annette, 78, a retired paediatric nurse from Leeds, discovered she had cataracts in both eyes.

Her sight had become so blurred she had to give up driving and was struggling to read or watch television.

Annette, a widower and grandmother of one, said, “I panicked a bit at first when I was given the news. I hadn’t realised I had cataracts. I knew my sight had deteriorated but thought I just needed stronger prescription glasses. It was devastating having to give up driving, it’s my only way of getting around. It meant losing my independence and my freedom. I knew I needed to do something about it straight away.” 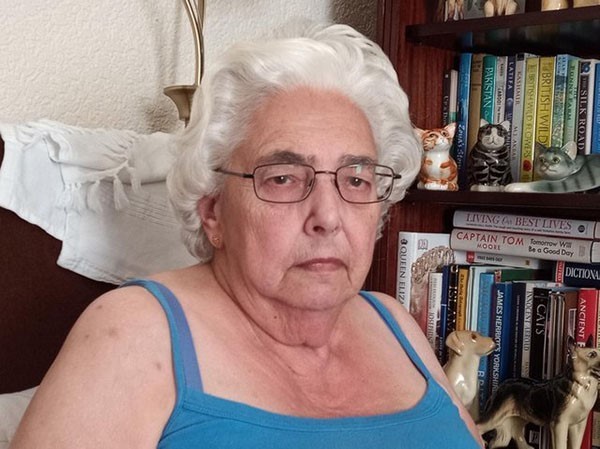 Annette’s GP referred her to an NHS hospital in Leeds however due to the pandemic and as she was classed as ‘vulnerable’ and on the shielding patient list, she decided to go Spire Leeds Hospital as a private patient under the care of Mr Raj Mukherjee, consultant ophthalmologist.

Annette said, “I was nervous about the surgical procedure but the minute I met Mr Mukherjee he immediately put me at ease. I felt total confidence in him and knew I was in good hands. Everyone at Spire was brilliant and I was well looked after. The surgery was fine – absolutely nothing to worry about!”

She had both cataracts removed – her right eye was done first in May 2021 and the other eye the following month. She attended as a day case patient and felt the benefits almost immediately.

Mr Mukherjee said without surgery Annette’s vision would have continued to deteriorate affecting her ability to carry out daily activities and affecting quality of life.

He said, “Cataract surgery is a safe and straight-forward procedure that can achieve dramatic improvement when cataracts have progressed to the point that seriously impairs vision and impacts daily activities. Surgery involves replacing the cloudy lens inside the eye with an artificial one. It’s performed under local anaesthetic as a day-case procedure. Recovery is quick and most surgeries take between 15 and 20 minutes only. Following surgery Annette could read without her glasses easily and clearly. Vision usually improves within a week, but the final vision is usually achieved in 4 – 6 weeks’ time.”

Cataracts are very common. The main cause of impaired vision, it’s estimated in England and Wales that around 2.5 million people aged 65 or older have some degree of visual impairment caused by them. Cataracts develop when the lens, a small transparent disc inside the eye, develops cloudy patches. Over time these patches usually increase in size causing blurred vision and eventually blindness. Surgery involves replacing the cloudy lens inside the eye with an artificial one. It’s a straight-forward procedure that usually takes between 30 and 45 minutes and patients and does not require an overnight stay in hospital.

Mr Mukherjee added, “Early detection makes the surgery easier and enables faster treatment before the problems appear. There are a variety of lenses and the type of lens will be determined by a pre-surgery assessment to establish your particular requirements, for example whether you are long or short sighted, or if you favour one eye for distance and the other for reading. So, it’s important that careful evaluation of the individual patient’s needs is discussed in detail with the surgeon prior to surgery.”

Annette has recently started driving again. She said, “It’s over a year since I’ve driven and it’s great to get back my independence. I also don’t need glasses for reading anymore and my natural eyesight has improved. I wouldn’t hesitate to recommend this procedure to others.”