“I’m really pleased, four months post-surgery and I’ve passed my Firefighter Fitness Test and have been signed off to return to full duties. My job is extremely physical and I want to work until I retire. Now I’ve had the hip replacement, I’m more confident than ever I’m going to reach this goal. 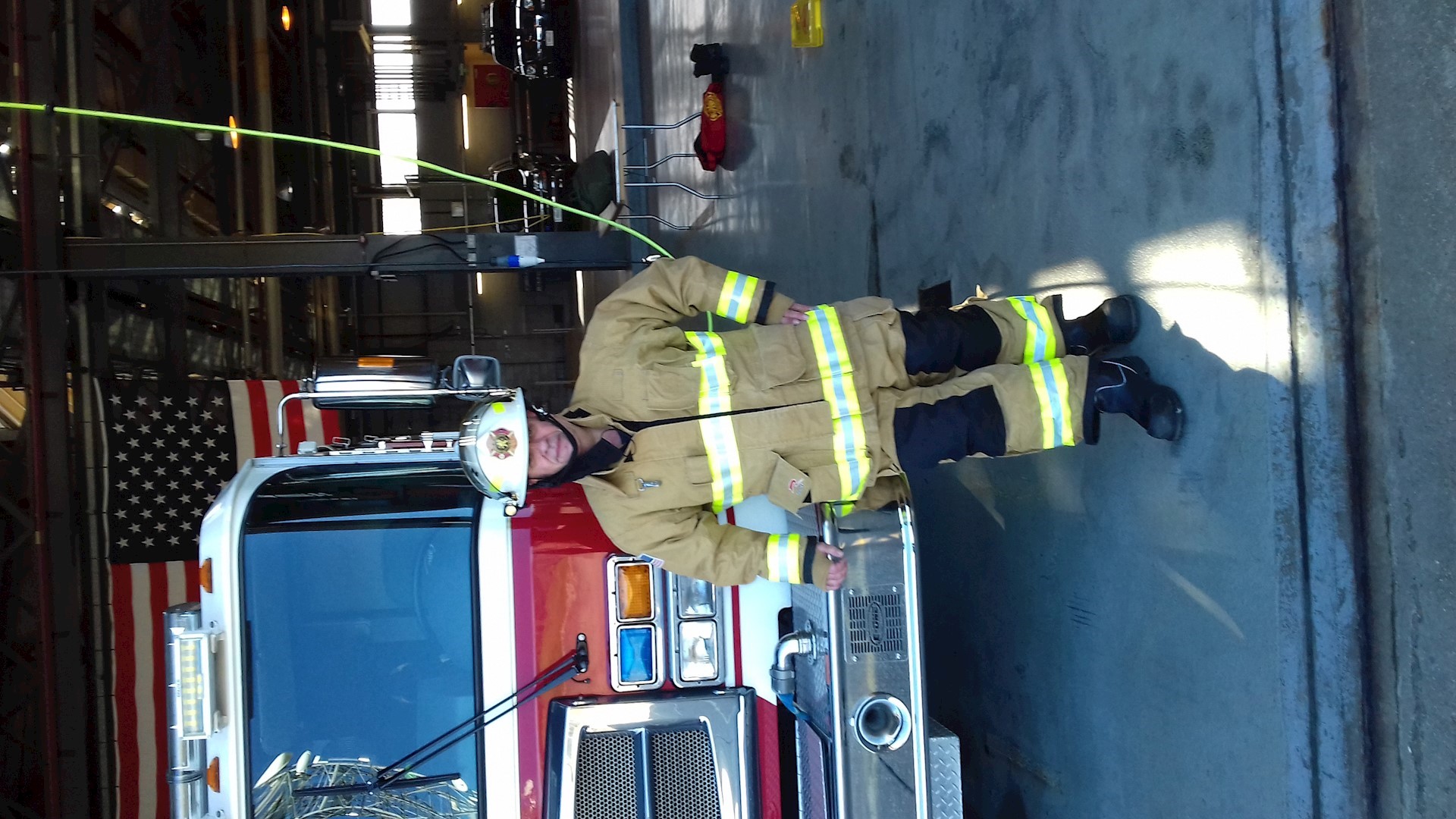 Prior to the operation I was in considerable pain and I became really conscious of how my crew must see me as I limped across the station. Not only did I had difficulty climbing up into the fire engine, but when the alarm sounded, I limped from my bunk. I got to the point I thought I wouldn’t pass the next annual fitness test and I had to take action.

Therefore, passing the test post-surgery was a momentous milestone and personal achievement. I am one of the first generation of firefighters, working for the USAF, to be permitted to return to duty following this kind of operation and it is a moment of some importance. The test is tough; it’s against the clock and carried out wearing full PPE and heavy breathing apparatus whilst undertaking job-related tasks. It has to be hard because as well as managing the fire and ambulance service on the base, we support the domestic fire and ambulance services across Cambridgeshire.

I’m aware I’m still healing but fundamentally, during my assessment my operated hip and leg performed well. There is no doubt the  training and physiotherapy proved vital in my successful recovery and fitness. For that I have to thank Tom Parker-Hewitt, my physiotherapist at Progress. He knew I had a target above and beyond recovering from surgery and he helped me build a plan and exercises to achieve it. Tom gave me permission to try things. I have not jogged more than three steps in three years and when I asked if I could try he said “go-head, try.” I jogged 20 yards across the gym and was over the moon. Once again I could move quickly and towards a vehicle when the alarm sounded.

Within six weeks of surgery I could walk a mile and I’m back swimming several times a week to build my fitness.

The actual surgery was very straightforward and the pain was remarkably little. I was aching but not in pain. The next day I was up and walking with the help of crutches or a walking frame and by the afternoon I climbed the stairs with the help of a physiotherapist. Three days later I returned home to recover and returned for my appointments with Tom Parker- Hewitt.

Being pain free, signed off and physically fit enough to do the job I love it really important to me. My father was a fire fighter and he retired early on medical grounds. I’m going to be working right up to my retirement date – no doubt about it.

Spire Cambridge Lea Hospital becomes a nationally accredited centre for the diagnosis and treatment of endometriosis.