It’s a common condition among elite athletes and its effects can be debilitating, impacting both professional performance and lifestyle. However, it can also affect people from all walks of life from amateur sports enthusiasts and pregnant women to the elderly and arthritic.

Sacroiliac (SI) joint dysfunction is essentially irritation to the sacroiliac joints between the spine and the hip and can sometimes be caused by damage or injury. The symptoms include pain in the lower back and hip that may radiate to the groin or upper thigh. According to the experts it often just needs the right advice and physical therapy. 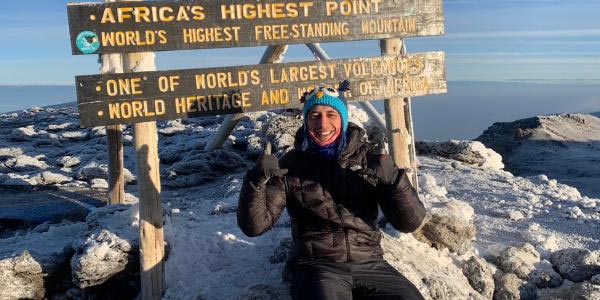 This was the case with Rachid Nadi, 30, a keen weight lifter who visited the gym every day. Rachid, a heating and ventilation engineer who is single and lives in Bradford, was lifting heavy weights of up to 160 kilos when his back gave way.

Rachid said “There was a sharp stabbing pain in my lower back and I immediately dropped the weights and my legs buckled. I found that I couldn’t walk properly or move my legs. I had to get help to get home and it took a couple of days before it started to get better, although I still had lower back pain. It was a terrifying experience.”

He booked an appointment to see Dr Marwan Al-Dawoud, a sports and exercise medicine physician at Spire Leeds Hospital who has worked in elite sport since 2007 in the Rugby Union Super League, Premiership Rugby Union, Premiership Football and UK Athletics. He specialises in sports injuries, musculoskeletal ultrasound and ultrasound guided injections.

Rachid said,  “I knew a little about Dr Dawoud’s work as he attends the same gym as myself. I asked around and found others who had been treated by and recommended him.”

An MRI scan revealed damage to the SI joint and ligaments. Dr Al-Dawoud said, “Mr Nadi’s injury was caused by lifting heavy weights. It was not serious, but was severely affecting his gym training and quality of life. Treatment options ranged from rehabilitation to corticosteroid injections. We decided to choose the rehab option first as it empowers him to control his progress and carries very little risk.”

Dr Al-Dawoud provided Rachid with a bespoke rehabilitation regime which involved various stretching and strengthening exercises along with advice on loading, frequency and set milestones so the rehab could be graded and progressive over a 12-week period.

Rachid said he soon started to feel better as he worked through his program and has now almost completed it. “I’m building up my strength steadily and am feeling fighting fit once again. I’m impatient to get back to my gym routine, however I know it cannot be rushed. I want to get back to the same level as before.”

Dr Al-Dawoud said, “The SI joints are the critical linkage system that connects the lower spine to the pelvis. There is relatively little motion in the SI joints. Most of the motion in the area of the pelvis occurs either at the hips or the lumbar spine. These joints need to support the entire weight of the upper body when we are erect, they act as a shock absorber which places a large amount of stress across them.

“After injury, tissues take time to adapt and Mr Nadi’s case was no different. He made steady progress over a 12-week period and is well on his way to recovery. He should not need further treatment.”

Rachid said, “It’s so important to me to get back to my weight lifting regime. Dr Al-Dawoud was really helpful and I would recommend him to others with the same problem. I plan to incorporate the exercises he prescribed into my regular routine to continue to build my strength and fitness.”