Finding a balance between the need to protect ourselves from the risks of skin cancer caused by the sun’s UV rays and the importance of getting enough vitamin D for our health has been causing confusion for many years.

The UK is slowly evolving from a nation of tanned sun seekers to savvy sunscreen experts however, in recent years the knowledge of the benefits of vitamin D for muscle and bone health has led to concerns that a large proportion of the population is vitamin D deficient, prompting some to ditch the sunscreen.

Professor Simon Kay, Consultant in Plastic and Reconstructive Surgery at Spire Leeds Hospital warns that we should not become complacent about sun protection as figures from the British Skin Foundation show that around 100,000 new cases of skin cancer, known as melanoma, are diagnosed each year in the UK and the disease kills more than 2,500 each year – that’s seven people every day*. 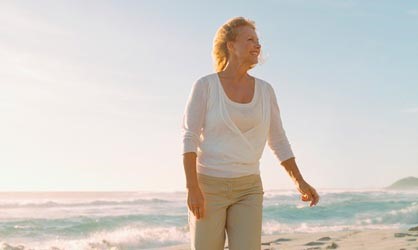 “The sun’s UV (ultra violet) radiation is both the major cause of skin cancer and the best source of vitamin D.” said Professor Kay. “Sun protection is a necessity no matter how desperate the need for vitamin D. Sensible sun protection does not put people at risk of vitamin D deficiency. In the summertime the chances are that you are getting enough vitamin D through everyday activities such as walking to the car or to the shops. Any longer than a few minutes exposure to intense UV won’t increase vitamin D levels significantly but it will increase the skin cancer risk.”

Professor Kay said, “Because we don’t have a huge amount of sun in the UK, when it’s overcast some people might think it’s fine to go without sunscreen. But the risks are very real, even in cloudy weather.”

He recommends staying in the shade from 11am to 3pm when UV levels are 3 and above, covering up with a t-shirt, hat and sunglasses and using a high factor broad spectrum sunscreen.

Professor Kay added, “The fact is is that protecting our skin from the dangers of the sun is vitally important. Don’t leave off your sun protection if UV levels are 3 or above. If you are concerned that you might be deficient in vitamin D talk to your doctor.”

Spire Leeds Hospital recommends the following tips to help you stay safe in the sun: