A mother of 3 who suffered in silence for 19 years before she found the courage to seek professional help claims today that she is completely recovered after receiving treatment at Spire Leeds Hospital.

Sally Knight, 41, from Leeds, a registered nurse who works as a quality manager for a health care provider, thought she was suffering from ‘anxiety’ for almost two decades before she was diagnosed with OCD (Obsessive Compulsive Disorder). 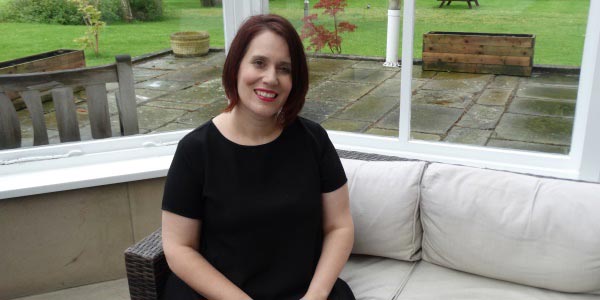 It’s a devastating condition that has had a massive impact on her personal life as she became obsessed that whenever her husband or daughters were out of her sight she was convinced they were injured in an accident or in danger and felt compelled to phone and check on them repeatedly. She also felt an urgent need to check her finances repeatedly fearing that her bank account had been emptied even though she knew the feelings were irrational.

It started when she was in her early 20s and had recently married. Her condition worsened until it became debilitating, impacting on her daily life. She reached her lowest point early last year when her marriage had come to an end and she had reached the stage where she knew she needed to seek professional help. However it’s a condition that is often trivialised by society and few understand the tragic consequences the sufferer may have to contend with.

OCD is a severe anxiety related condition where a person experiences intrusive and unwelcome obsessive thoughts and feels compelled to act upon them. It presents itself in many ways, it is not merely a little handwashing or checking light switches, those suffering from OCD will be affected in some or all aspects of their daily life.

Around 1.2% of the population in the UK – around three quarters of a million people* are currently affected by OCD, and there could be many more who are not diagnosed and suffer in silence.

Sally said, “It started with intrusive thoughts when my husband went on a night out with his friends. I would become convinced that he was unfaithful or that he had been attacked. The anxiety was so great that I would feel compelled to ring him for reassurance. As soon as I’d spoken to him and knew everything was fine I would feel immense relief. However, that did not last long and within minutes I would start the whole cycle again. I knew the thoughts were irrational but I couldn’t control them.”

As the years went on the worrying and checking consumed her and she lived every day of her life feeling deeply anxious.

“I didn’t know what was wrong with me only that I felt deeply unwell. I felt anxious from the moment I woke and it was exhausting. I found it difficult to eat due to the stomach-churning anxiety and I lost a lot of weight. I reached my lowest point at the beginning of last year. I was heading for divorce. I felt so alone and was too embarrassed and ashamed of my thoughts and consequent actions to talk about it with my family. I knew I had to get some professional help. I just wanted it to stop – to silence the thoughts in my head,” said Sally, who has 3 daughters aged 15, 14 and 12 years.

Then in March 2018 Sally took the first step towards recovery and called Healthy Minds (a private service provided to employees by the company Sally works for that offer help to those suffering with depression, anxiety or stress) – and asked for help.

She was referred to Dr Allan Johnston, a consultant psychiatrist specialising in sports psychiatry at Spire Leeds Hospital who has treated some of the UK’s sporting elite. Dr Johnston has been appointed by the English Institute of Sport to work across the Great Britain Olympic and Paralympic teams. He diagnosed Sally with OCD and secondary recurrent depression and discussed treatment options with her.

Sally said, “I didn’t sleep a wink the night before my first appointment with Dr Johnston. I didn’t know how I was going to explain what I was experiencing, however, he immediately put me at ease and he really understood what I was going through.

“When he diagnosed me with OCD I was shocked. I always thought the condition was to do with obsessively cleaning or checking the front door is locked. I didn’t know it could manifest itself in many ways. To hear his diagnosis was also such a relief that there was a name for what I was experiencing and it was something that could be fixed. I cried as I drove home. Dr Johnston had given me hope – something I had not felt for a long time.”

“When I finally told friends and family about it they were surprised. I’d hidden it well. They said, ‘why didn’t you tell us?’ My daughters have been great about it. I’ve talked to them a lot about it since my diagnosis and they have been very supportive.’”

Sally’s treatment was based on a sports psychiatry model which has been successfully used to treat Olympic gold medallists as well as non-athletes. Treatment included Cognitive Behavioural Therapy (CBT) with a focus on Exposure and Response Prevention. This was combined with an SSRI** anti-depressant medication used in the treatment of OCD.

Sally said, “The therapy treatment involves exposing yourself to your fears but not allowing yourself to do what you feel compelled to do – such as making a phone call to check that everything is ok. Making yourself wait for a set time and then for increasing periods of time. It takes months of hard work but eventually you reach a point where you don’t feel the need to make that phone call. It’s difficult, but really effective. I was proud of myself when I made progress and it made me push myself to achieve more.”

Today Sally claims says the treatment at Spire has changed her life completely and she has also been able to stop taking the medication. “The treatment enabled me to gain control of my thoughts and feelings. They don’t rule or ruin my life any more. Dr Johnston has set me up with the tools and self-knowledge that I can use to keep on track in case I have bad days. I’ve also found, thanks to Dr Johnston that sport and exercise can be used to improve wellbeing. I’ve joined a gym and started running. I’m in a new relationship, I’ve had a promotion at work and I feel I’m completely cured. I am the happiest I’ve ever been.”

Dr Johnston said, “We followed an evidence-based medicine approach – Gold Standard treatment as per NICE Guidelines and commenced CBT treatment using Graded Exposure and Response Prevention. We then worked on Sally’s resilience and coping skills based on a Sports Psychiatry Model. Sally's condition is currently  in remission, meaning she has no ongoing symptoms of OCD or depression. She is attending follow up consultations with me to ensure this remains the case and I have recommended she continues treatment until August 2019 in line with NICE guidance.”

“I cannot thank Dr Johnston enough. I feel like he has set me free. He gave me the structure and framework and set me on the right path.”

Sally wants to raise awareness so others do not have to go through the same experience as she has and instead to seek help. She has started a blog which narrates the story of her journey to recovery at www.thisgirlgotgrit.simplesite.com

She is planning to participate in the Leeds 10k run along with her psychiatrist Dr Johnston on 7 July 2019 in which she will raise funds for the charity OCD Action.

**Selective serotonin reuptake inhibitor (any of a group of antidepressant drugs which inhibit the reuptake of serotonin in the brain).