Over 21,000 women in the UK are diagnosed with a gynaecological cancer every year* but awareness of symptoms is still very poor according to leading cancer charities.

Now, as part of Gynaecological Cancer Awareness Month, which runs throughout September, campaigners are calling on people to open up and discuss the subject – and they mean men as well as women. 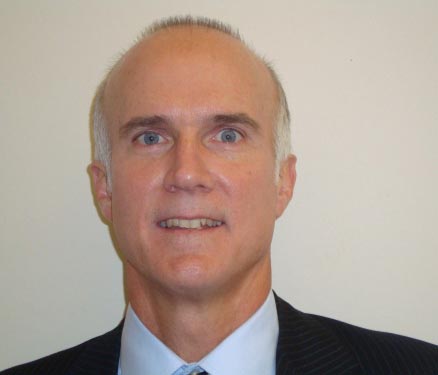 “Cancer doesn’t just affect the person with the disease – it affects everyone connected to that person - that means it is much more than just a ‘woman’s problem’,” according to Mr Richard Hutson, a consultant gynaecologist at Spire Leeds Hospital.

“Women and men need to be more aware of what is normal because this is the only way they will be able to tell when something is wrong. As with all cases of cancer the quicker it is detected the better the treatment outcomes,” he added.

Mr Hutson said: “The lack of basic knowledge about the female body or conversations around how the female anatomy works, is extremely worrying. How can we expect women to know what to look out for if they don’t know what is normal and what could be cancer?

“I am not expecting people to have a vast medical knowledge but it really is worth taking the time to find out what is healthy and what should be checked out by a GP.”

The five cancers categorised as gynaecological are:

Cervical cancer: Cancer of the cervix (the entrance to the womb from the vagina) often has no symptoms in its early stages. If you do have symptoms, the most common is unusual vaginal bleeding, which can occur after sex, in between periods or after the menopause.
Abnormal bleeding doesn't mean that you definitely have cervical cancer, but it should be investigated by your GP as soon as possible.

Ovarian cancer: The fifth most common cancer among women in the UK with more than 7,000 women diagnosed each year. Because symptoms are not well known or often mistaken for as ‘tummy troubles’ or period pains, it is usually discovered in the late stages when successful treatment is much more difficult.

Vaginal cancer: A rare form of cancer with around 260 new cases diagnosed in the UK each year. The most common symptom of vaginal cancer is abnormal vaginal bleeding, however, smelly or bloody vaginal discharge, pain during sex or pain when urinating can also be indicators, as can irregular or heavier periods.

Cancer of the vulva: The vulva is a woman's external genitals including the lips surrounding the vagina (labia minora and labia majora), the clitoris (sexual organ that helps women reach sexual climax), and the Bartholin's glands (two small glands each side of the vagina).

Symptoms can include a persistent itch, pain, soreness or tenderness in the vulva. You should also look out for raised and thickened patches of skin that can be red, white or dark or any lumps or wart-like growths.