Once considered a taboo subject, women are now feeling more comfortable talking about urinary incontinence, and when discussing it with friends are discovering it’s much more common than they first thought – and it’s treatable.

Recently, Loose Women presenter Nadia Sawalha, 52, revealed she'd been living with bladder issues for 13 years since the birth of her first daughter, admitting despite being an "over-sharer", this was one thing she'd kept secret. Her openness was welcome news to many who'd been in the same boat. 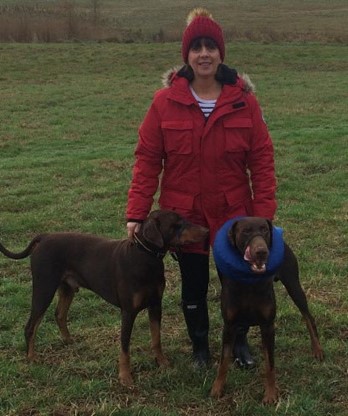 The NHS estimates that between 3 and 6 million people in the UK have some degree of urinary incontinence and almost 50% of women aged 45-60. It is believed only one in five affected seek help for their incontinence issues. *

Gina Normington, 50, a project coordinator for Unilever, who lives in Leeds had been suffering from symptoms of incontinence for some time but thought she had to put up with it. It was interfering with her life, she would experience the ‘got to go’ feeling and whenever she went out was always wondering where the nearest toilet was. It stopped her taking long walks with her dogs and also affected her choice of clothes as she always had to worry about thought of embarrassing damp patches on her clothing.

When she visited Clubbercise with a group of girlfriends she found that she leaked when doing strenuous exercise so had to wear extra protection.

“I felt too young to be relying on this extra protection and I worried that the problem was going to get steadily worse – and there’s the embarrassment factor. After an exercise class, I brought up the subject with my girlfriends and was amazed to hear that I was not alone and many of them were familiar with it,” said Gina who is married with two children.

One of her friends who had had a prolapse recommended Dr Lynne Rogerson, a consultant urogynaecologist at Spire Leeds Hospital. Gina booked a consultation with Dr Rogerson and underwent various investigations to pinpoint the problem including urodynamic studies (to test for bladder weakness) and also a course of physiotherapy, involving pelvic floor exercises. Results showed her bladder and pelvic floor was fine (no prolapse). Dr Rogerson explained the treatment options in detail and recommended she had a transobturator tape (TOT) fitted.

Gina had the operation in July 2017 and cannot believe the difference it has made to her life. She was in overnight and felt back to normal a few days later but took Dr Rogerson’s advice to take four weeks off work to allow the healing process. “It was a life-changing operation and I am recommending it to anyone who suffers with stress incontinence,” said Gina. 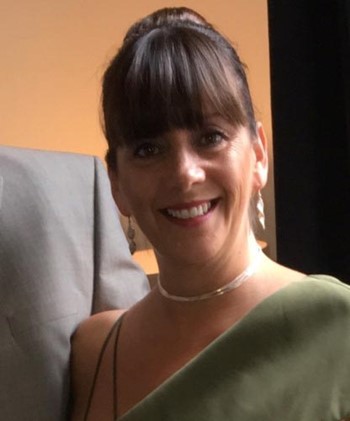 Dr Rogerson said, “The problem is much more common and treatable than women realise. Stress incontinence means you leak urine when you increase the pressure on the bladder, as in coughing, sneezing, walking, exercise or perhaps straining when lifting a heavy object. Women are more likely to suffer from stress urinary incontinence than men. That's because of the effects of childbirth, obesity and the menopause when pelvic floor muscles, which support the bladder and urethral sphincter, are weakened.”

Commenting on the TOT procedure, Dr Rogerson said, “This is an excellent procedure. It’s usually done under general anaesthetic and involves inserting synthetic tape – a permanent mesh, which is fitted under the urethra (the tube where we pass urine from) to support it like a hammock. The tissues grow into the tape and hold it in place. This prevents the urethra dropping on coughing, laughing, sneezing etc and therefore prevents leakage.”

Many women do not tell their doctor about their incontinence, due to embarrassment or a feeling that nothing can be done about it as incontinence is a normal part of ageing. According to Dr Rogerson this is a misconception as incidences can be successfully treated or significantly improved.

Gina added, “Dr Rogerson was amazing. I cannot thank her enough. She has given me my life back and I have renewed confidence. I feel healthier as I can drink more water without any problems and don’t have to restrict myself. I can exercise and do not have any incontinence issues whatsoever. There are no limitations on what I can do.”