Spotting the symptoms can save your life!

That is the message from medical experts supporting Bowel Cancer Awareness Month, which runs throughout April.

It is the UK’s second biggest cancer killer - claiming a life every 30 minutes yet bowel cancer spotted early can be successfully treated in over 90% of cases.

Consultant general surgeon Mr Sushil Maslekar is calling on people to recognise the symptoms so they are able to act quickly if they spot anything out of the ordinary and stresses that early treatment could mean the difference between life and death. 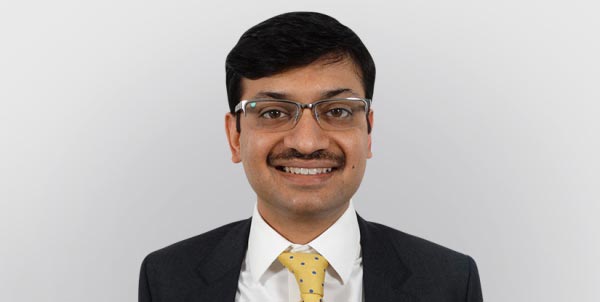 Mr Maslekar, who has regular clinics at Spire Leeds Hospital, added that people under the age of 60 – when they are sent screening kits to their homes - should be aware of what is normal so they can then recognise any changes.

“There is an increasing incidence in patients below the national screening age so it pays for everyone to be on the lookout for any of the tell-tale signs,” he explained.
Figures provided by Cancer Research show that over 93 per cent of people diagnosed with bowel cancer at an early stage survive for at least five years compared with less than 7% of those diagnosed at a late stage.

But figures from Bowel Cancer UK say that just over half of people who receive a free test in the post – sent every two years to people aged between 60 and 74 ¬– actually go on to complete it.

“That means the vast majority of people are just not being tested. Screening can detect bowel cancer before any symptoms appear which means it is much easier to treat and success rates are very high. However, even if you haven’t been screened you should still be on the lookout for symptoms,” said Mr Maslekar.

“A change in your bowel habit that lasts for three weeks or more and blood in your poo are warning signs that need acting upon as soon as possible. Other signs include unexplained weight loss, feeling tired without reason, stomach pains or a lump in the stomach.

“Your first stop is your GP who, after an initial examination, will send patients with bowel symptoms to be assessed in clinic by a general surgeon usually meaning a colonoscopy (flexible camera test of the bowel) or a CT scan.”

In many cases there is not a clear cut reason why some people develop bowel cancer, but you can reduce your personal risk of developing cancer by making some simple lifestyle choices:

Stop smoking: Long-term smokers are more likely than non-smokers to develop bowel cancer.
Watch your weight: After not smoking, maintaining a healthy weight is the most important thing you can do for cancer prevention.
Cut down on alcohol: Bowel cancer has been linked to a heavy intake of alcohol. The more you cut down, the more you reduce your risk.
Exercise regularly: Besides using up extra calories and helping you avoid gaining weight, being physically active also helps food to move through your digestive system more quickly.
Eat healthily: Make sure you eat plenty of dietary fibre from whole grains, seeds, fruit and vegetables. This helps to move waste quickly through your digestive system. Also drink plenty of water.

Mr Maslekar added: “The most recent figures show bowel cancer claims the lives of around 16,000 people in the UK every year so Bowel Cancer Awareness Month is a good time to let people know they can actually do positive things to improve their health and increase their chances of successful treatment.”