Consultant ENT Surgeon, Mr Gerard Kelly, gives advice on how to avoid ear pain when on an aeroplane

"Have you ever noticed that a few minutes after the pilot announces ‘we have just started our descent and we will be landing in 20 minutes’, there is not only the expected flurry of activity of tidying away iPads and tray tables, but a more insidious sound of distressed and unhappy children filling the aeroplane?

"This is usually not because the iPad is removed, although in my children’s case that does trigger some disquiet. No, the reason for this distress is usually a change in middle ear pressure and with that change comes pain. Commercial airliners are not pressurised to ground level, when at cruising altitude. This means that there is less air pressure in the plane, when in flight than on the ground. It also means that when the plane starts its descent, cabin pressure increases, until it reaches the tarmac when cabin pressure is again that of ground level. Our middle ears connect to the back of the nose via the eustachian tube. This is a route for equalising pressure in the middle ear.

"When the plane takes off, our middle ears are pressurised to ground level, and as the pressure in the aeroplane reduces, air from our middle ears travels easily down the eustachian tube into the back of a nose, like a balloon deflating. It is quite a passive and easy process and usually painless. But when the reverse happens, and the plane starts to descend, and our middle ears have equalised to the reduced pressure of cruising altitude flight, that equalisation of pressure back to ground level has to happen actively. When we swallow or yawn our eustachian tubes open and as the plane descends the increased air pressure around us is forced back through the nose, into our middle ears. But if we do not actively encourage this to happen, pressure from the air around us in the descending aeroplane causes the eardrum to be pushed inwards, and as our ear drums are so sensitive, pain occurs!

"So when the plane descends, we need to actively encourage air to pass from the outside of our body into the middle ear, through that eustachian tube. Such can be done by regular swallowing, and the ‘Valsalva manoeuvre’ which involves taking a breath in, closing the mouth, pinching the nose and exhaling. The only place the air can go, because it cannot come out our nose or our mouth, is up the eustachian tube and our middle ears get more air and the pressure equalises. Any pain which is happening or about to happen, resolves or does not occur. If we do not actively encourage this equalisation of pressure, the situation becomes worse. The pressure difference is greater, the more the plane descends the more the pain increases, the more children on the plane start to cry more and more! The answer however is simple! But it must be done as soon as the aeroplane starts its descent, not when just landing!

"When the plane initially starts its descent, then equalising the pressure is easy, because the pressure difference is not great. So as soon as the pilot mentions that he has started his descent, or even before that (because we can anticipate that descent if know the estimated landing time, or we notice a slight dipping of the nose of the place), we can start children with a lollipop, or some little quantities of juice, given over the 20 minutes of the plane’s descent. Such a strategy avoids pain, which can be very severe, and at worst the situation can result in ‘barotrauma’, with bleeding and fluid forming in the middle ear space, causing sometimes infection and hearing loss for a prolonged time. The recipe is simple, take one child, one lollipop and several Valsalva manoeuvres, wait for 20 minutes and you have pain free flying!" 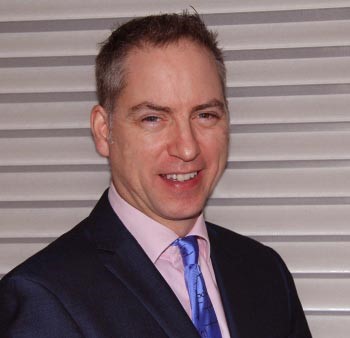