A great-grandmother who once worked as a housemaid at the ‘real’ Downton Abbey has praised the doctor who gave her back her life following pioneering gynaecological treatment.

Shirley Green, 72, was one of the first women in Wales – and the North West – to undergo the revolutionary ‘Juliet’ procedure at Spire Yale Hospital in Wrexham to treat a stress incontinence problem.

This is when urine unintentionally leaks out at times when the bladder is under pressure such as from coughing or sneezing.

Just 12 months ago, Shirley organised her life around the availability of public toilets while a family holiday was completely out of the question.

But following a simple and virtually painless laser treatment - undertaken by leading Spire Yale Consultant Urogynaecologist Mr Mofid Ibraheim - the grandmother-of-seven says her life is finally back on track.

Shirley, from Buckley, who has a grown up son and daughter and also three great grandchildren, said: “I’ve always led an active life. Fifty years ago, I used to work as a housemaid at Highclere Castle in Hampshire – where the television drama Downton Abbey was filmed – making beds, running baths for guests, cleaning fire grates and polishing the stairs. I was always running around and it was awful to have to cope with this problem as I got older.

“I stopped doing all the things I loved like going for long walks with the grandchildren, just in case there wasn’t a toilet around. Going on an aeroplane was never a possibility. I was completely miserable and probably whinged a lot.

“I cannot thank Mr Ibraheim enough. He was very understanding and took the time to show me photographs of the bladder and explained how it all worked. I would never have opted for full invasive surgery because of all the negative stories you hear, I would’ve just put up with it, but I’ve finally got my life back now and my confidence.”

Spire Yale Hospital is the first in Wales to offer the innovative Juliet treatment, which is currently unavailable on the NHS.

Using safe and established laser technology, the outpatient procedure stimulates the generation of new collagen, blood vessels and tightening of existing collagen in the vaginal area. This causes the tissue to thicken and tighten which reduces urinary incontinence and improves vaginal lubrication.

The procedure, which takes less than 20 minutes to perform, can be used to treat a variety of other conditions including itching and dryness, painful intercourse, genitourinary syndrome of menopause, vaginal atrophy and vaginal burning as well as mild to moderate prolapse.

The treatment is offered as an alternative to more invasive surgical procedures such as Sling operations which involve making an incision in the lower abdomen and vagina so a sling can be placed around the neck of the bladder to support it and lift it back into position.

Shirley, who encountered numerous VIPs including Prince Charles while working at Highclere Castle during the 1960s, began to suffer incontinence problems three years ago.

Doctors said weakened muscles had caused her bladder to prolapse which commonly occurs with advancing age or following childbirth.

“It was horrible,” admitted Shirley.

“I used to have to plan ahead every time I left the house to make sure there were toilets wherever I was going. I would get as far as the car and then have to come back again to use the toilet.

“I also couldn’t sleep very well as I’d have to get up in the night.”

Shirley, who used to live in a cottage in the grounds of Highclere Castle and married her husband Danny, 75, a retired mechanic, in the estate’s church in 1967 after receiving special permission by her employers, was initially prescribed medication to help ease the incontinence however this left her with severe migraines. 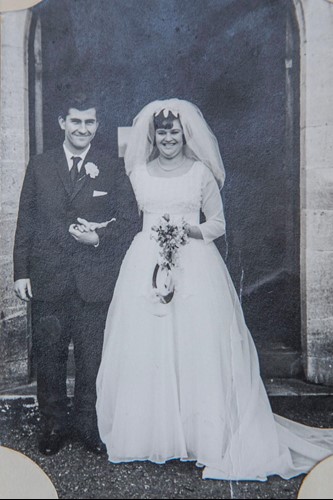 “At one stage doctors talked to me about a Sling operation which is quite invasive surgery and I’d heard lots of negative reports about side effects,” she said.

“I was referred to Chester for further investigation where I met Mr Ibraheim who explained there was an alternative technique available privately and asked whether I would consider giving it a go.

“I was quite prepared to have some pain and discomfort but I actually didn’t feel anything, just a very minor stinging feeling towards the end. Within two days I noticed I wasn’t going to the toilet as often. When I was out and about and needed to go I could hold it.

“Prior to the treatment, I was lucky if I made it up the stairs. It’s made a huge difference and I’m much more confident about going out. I’m also no longer restricted in what I can wear.”

Mr Ibraheim, who is married with two grown up daughters and lives in Chester, has more than 20 years’ experience in gynaecology and is involved in a number of national research projects on female pelvic floor surgery. After qualifying in medicine in 1982, he trained in Sheffield and London and is currently one of the North West’s leading urogynaecologists.

“Stress incontinence is a debilitating condition which has a serious impact on confidence and quality of life,” explained the 59-year-old, who is also lead clinician of urogynaecology and female pelvic floor reconstructive surgery at the Countess of Chester Hospital.

“The benefits of the procedure are many; patients come in on an outpatient basis, it’s not painful, there’s no anaesthesia required, the procedure takes 10 minutes or less and the patient can drive home afterwards.  There’s no need to take time off work and there’s absolutely no need to restrict activity.

“The procedure itself helps to improve the quality of the collagen inside the vagina to make it healthier. There have been public concerns about the side effects of some of the more invasive, surgical treatments on offer for incontinence or prolapse and this offers women an alternative.

“So far the feedback from patients is very positive with some reporting 90% symptom improvement within just two to three days post treatment. It has changed lives, improved confidence and improved intimate relationships.”

Retired retail manager Shirley, who was born on the tropical island of Saint Helena in the South Atlantic Ocean before moving to Newbury in 1965 and later Buckley, was especially keen to return to full health this year in time for her 50th wedding anniversary.

Her family arranged for her and her husband to pay a nostalgic visit to Highclere Castle but without undergoing the Juliet procedure the four-hour journey to Hampshire would have been impossible.

The stately home, set within 5,000 acres, is the country seat of the Earl of Carnarvon and was the main filming location for the award-winning period drama Downton Abbey.

“It was a really special visit and brought back lots of happy memories. It wasn’t a glamorous job by any means but I loved it and I got to meet so many nice people and lords and ladies,” she said.

“We had our wedding reception in the servants’ quarters and the cook at the time prepared all the food. Both my children were born while I was living in the grounds of the castle and so it was really very special to go back. The treatment has given me a new lease of life and I’m just so pleased to be able to do these things now without worrying.” 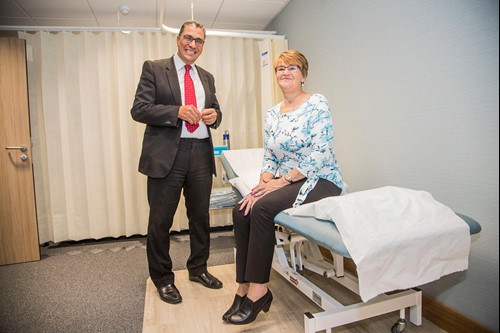 Treatments:
Find out more about The Juliet procedure

Is loud snoring keeping you awake at night?

Q. My partner has just been diagnosed with rheumatoid arthritis but she’s only 40-years-old. Why did she get this? And h…