Cancer Research UK figures show that 78% of men treated for prostate cancer were expected to survive for 10 years or more but that early treatment could mean even more successful results.

That’s also the message from 58-year-old Tony Shortland, who has just been diagnosed with the disease. 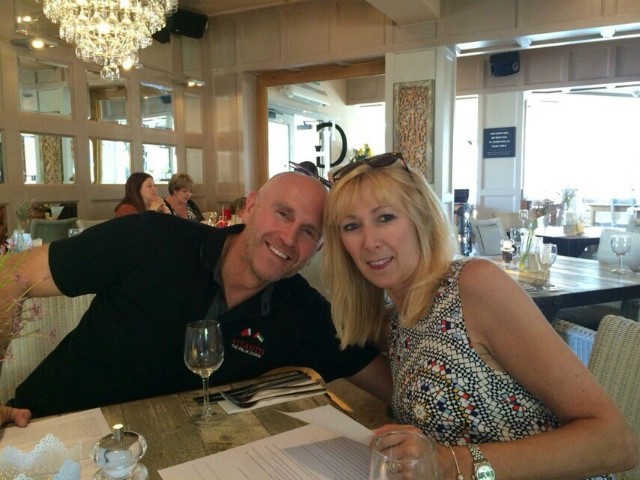 Tony with his wife Tracy

Tony’s cancer was discovered at such an early stage that his consultant thinks the best form of treatment at the moment is a regular check-up!

“Who knows, maybe I will need surgery at a later date but now it has been detected they can keep an eye on it and if further action is necessary at least it will be carried out sooner rather than later,” he said.

It was Tony’s increasing number of night-time visits to the toilet that made him first start to think that something was wrong. When he explained his symptoms to Mr Syed Shahzad, a Consultant Urological Surgeon at Spire Little Aston Hospital, it was decided that he would be given an MRI scan followed by a biopsy and cystoscopy.

“What they found,” explained Tony, “Were small, cancerous cells in my prostate. Yes, that did sound bad at first, but Mr Shahzad explained that because we had caught them early our best course of action was to simply ‘keep an eye on things’.

“That should also mean that, even if I do have to have surgery sometime in the future, it will be kept to a minimum because we detected the cancers early enough and are in a position to act quickly if they do increase in size.”

Dad-of-two Tony, a Facilities Manager who lives in Sutton Coldfield with wife Tracy, said he had now become ‘a walking advertisement’ for getting tested for prostate cancer as he was passing the word around everyone he met.

“I’m also telling them not to let Covid put them off. Hospitals are busy but if it's suspected you may have cancer you will be seen and treated – putting off getting a check-up just isn’t a good idea,” he said.

Mr Shahzad said: “Most men with early prostate cancer don’t have any symptoms. That’s why it’s important to be aware of the risk factors and to get checked out if you fall into that category.”

The risk factors are: