“The results far outweigh the cost and it’s done wonders for my self-esteem. Having worked so hard to lose the weight, I wasn’t going to let excess skin get in the way of my enjoyment of life.”

With his weight creeping up to 23.5 stone as a result of poor diet and minimal exercise, Richard Sherwin set himself an objective to lose weight before he reached his thirties.

Working long hours meant that Richard didn’t have time to exercise and would grab food whenever he could. As his weight escalated, Richard began to suffer from painful knee joints, indigestion and heartburn.

Wanting to regain control of his weight, Richard set himself a target weight of 12-13 stone. He visited his GP for advice and was recommended Orlistat, a slimming tablet that limits the body’s ability to absorb fat. Richard stopped drinking alcohol, cut sugar in his tea, and also started dieting.

For the first few months, Richard suffered from side-effects associated with the slimming tablets. Determined to persevere, he cut high-fat foods from his diet in order to control the side-effects symptoms. Richard was losing about a stone a month, and after the first year, had lost 7.5 stone. 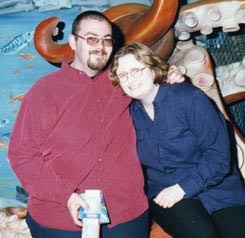 After two years, Richard had lost over 10 stone and was able to buy off-the-peg clothes, instead of having all his trousers tailored at huge expense.

Richard explains: “It was a revelation to be able to shop in high-street shops. I also found that I no longer needed prescription painkillers or indigestion tablets, as the knee pain and reflux had gone. My work colleagues were amazed by my transformation and friends that I hadn’t seen in a while didn’t even recognise me! I felt a lot better about myself.”

Despite his transformation, Richard wasn’t completely happy. He found that having lost a lot of weight, his skin was beginning to sag around his arms, chest, tummy and thigh areas. He tried exercise, but realised that once the skin had been stretched so much, no amount of exercise would help. Embarrassed, he wore long-sleeved shirts and loose-fitting clothing. Having dropped 16 inches around his waist (from 48” to 32”) he found that the skin sagged over his trousers.

Richard asked his GP whether cosmetic surgery would help.  He was told his local Primary Care Trust wouldn’t fund cosmetic surgery without an underlying medical reason and that he would need to seek private treatment. Determined to do something, Richard was referred to consultant plastic surgeon, Mr Graham Offer, at Spire Leicester Hospital.

Research and choosing a cosmetic surgeon

After researching cosmetic surgery and the surgeon’s reputation on the internet, Richard also spoke to a friend’s mother, who had undergone a tummy tuck with Mr Offer. After being impressed by what he saw online and through word-of-mouth, Richard booked a consultation in early 2008. During the consultation he spoke honestly about the embarrassment that his excess skin caused. Mr Offer discussed surgical options and recommended a lower body lift procedure in the first instance, in order to remove the excess skin around his tummy and buttock areas.

Impressed by his professional approach and the helpful way Mr Offer answered all his questions, Richard immediately felt more confident. He looked at past patient before and after photos, which helped him to see the nature of the scarring and the results he could expect. Richard discussed it at length with his girlfriend and family and decided to have the recommended surgery.

To reduce risks, Richard was advised to stop smoking and continue to exercise and eat a healthy diet. In September 2008, he underwent an 8-hour operation that involved removing the excess skin from the entire area from his pelvic line to his navel, 360 degrees around his body.

Mr Graham Offer, Consultant Plastic Surgeon at Spire Leicester Hospital and BAAPS accredited surgeon explains: “The lower body lift procedure has gained in popularity over the last few years. Although it isn’t considered a routine procedure as few surgeons have been trained to perform it, it’s often suited to those patients who have excess skin around the entire contour of their waist area. “

“Given that Richard had dropped 16 inches around the waist, the procedure not only helped to remove the surplus skin from his tummy and buttock areas, it pulled the chest down, making a further gynaecomastia (male breast reduction) operation easier to perform.”

After 4 days in hospital, Richard returned home, just with a course of regular painkillers. The operation had been a complete success. Within a month, Richard returned to work and after 2 months, his scar had faded until it was barely visible.

Pleased with the result, Richard returned 6 months later to have his second operation. After a consultation with Mr Offer, he wasn’t keen on the vertical anchor type scarring that can result from a standard gynaecomastia procedure and asked if there was another option. Mr Offer suggested an alternative approach where the nipples are completely detached and re-grafted in the correct location so that the only visible scarring is a crescent shape under the breast and thin pencil line scar around the areola. Happy with this approach, Richard underwent the surgeon’s knife.

Despite having to remortgage his house to pay for both of the operations, a total cost of £15,000, Richard is delighted with the results and believes the cost was worth it.

Getting your quality of life back

He explains: “For me, the results far outweigh the cost and it has done wonders for my self-esteem. Having worked so hard to lose the weight, I wasn’t going to let excess skin get in the way of my enjoyment of life. Mr Offer and the team at Spire Leicester Hospital have been fantastic and have helped to give me my quality of life back.

It has now been some two years since surgery and it is difficult to tell that I have had surgery as the scars have all healed well and are barely visible. I’d highly recommend Mr Offer and the team at Spire to anybody who is in a similar position as fortune favours the brave!  I can now wear slim-fitting T-shirts and I have no qualms taking my top off during summer carp-fishing trips.” 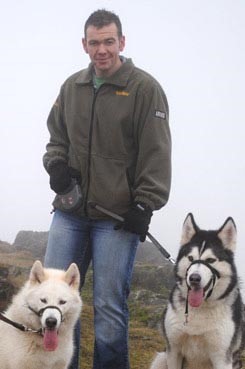