Alpesh Pancholi came to see Mr Banerjee on the recommendation of a family member who had been very successfully treated by Mr Banerjee.

For years, Alpesh suffered from sinusitis which was causing him significant discomfort. Alpesh had constant pain around his eyes, suffered from a string of allergy-type symptoms and his breathing was badly affected, both at night, causing him to snore, and during the day if he exercised. At work, Alpesh was finding himself running short of breath when delivering presentations to clients and he was beginning to wonder if he was in fact asthmatic.

After an initial consultation and a CT scan, Mr Banerjee told Alpesh that the sinusitis was indeed the cause of his problems but that also the CT scan had confirmed that the right nostril was actually blocked.

Septoplasty is an operation to straighten the septum in the nose if it’s bent to one side. This can happen following an injury or the septum can twist as it grows. Very few people have a completely straight septum, but if it is sufficiently bent, it can block both or one side of the nose - as in Alpesh’s case.

In addition, to tackle Alpesh’s chronic and recurring sinusitis, Mr Banerjee proposed that he also perform functional endoscopic sinus surgery (FESS) an operation to improve the drainage of Alpesh’s sinuses and help them function properly.

Mr Banerjee explained that during this procedure he would insert an endoscope into Alpesh’s nose which would allow him to see the opening of Alpesh’s sinus drainage channels through the endoscope - a thin tube with a lens at one end that magnifies the inside of the nose. The FESS procedure would enable Mr Banerjee to drain any fluid and remove any tissue blocking the affected sinuses.

It was during the discussions between Alpesh and Mr Banerjee on recovery times for the treatment proposed, that Alpesh began to consider the idea of having his nose reshaped too. 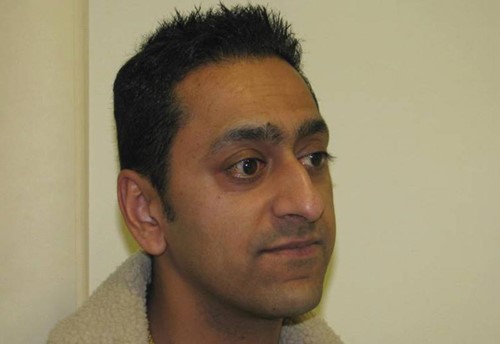 Alpesh had always felt conscious about the look of his nose and had thought for a long while that at some point he would have rhinoplasty surgery. Given that his nose was going to be operated on anyway and he would have a certain amount of pain - plus a six to eight week recovery time - why not have his nose ‘remodelled’ at the same time?

So, having explored all the risks and talked through the surgery at length with Mr Banerjee, in May 2014 Alpesh was admitted to Spire Leicester Hospital and underwent surgery to correct his septum, clear out his sinuses and reshape his nose.

Alpesh stayed in overnight and says, “I was really surprised, everybody is different, but I didn’t feel any pain throughout the entire process. I was uncomfortable yes, but only for the seven days until the splints came off and the sutures were out. 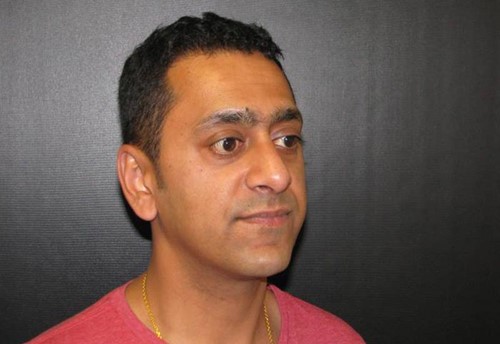 "I was looked after really well, I was impressed with the surgery, the care and the aftercare."

The biggest difference post-operatively, according to Alpesh, is in his day to day quality of life.

“I’m a hundred times better; I’m sleeping well and when talking or presenting or running, I’m not running out of breath. I have seen an improvement in my quality of life straight away.

"My wife has noticed that I sleep better than I have done for years and I’m not snoring at all - which is good! My head doesn’t hurt anymore - I’m glad I had it done."

What about the shape of his remodelled nose? Alpesh is really happy; he knows that to everyone else his ‘old’ nose looked fine, but he never liked it and he always felt less confident as a result.

Surprisingly, he says, apart from close family very few people have noticed the change. “It’s very natural, when you look dead on, my nose hasn’t changed at all - but I know it’s different. I feel more confident in myself.”

And his advice on having rhinoplasty surgery to others who might be considering this surgery? “Do it for yourself!”

"Mr Pancholi presented an interesting clinical scenario that I see frequently. That is, a combination of problems including sinuses, nasal airways and nasal cosmetic issues. Mr Pancholi was an ideal patient as he was able to give a detailed description of his symptoms and exactly which cosmetic issues bothered him.

"When performing surgery which requires functional as well as cosmetic changes, planning is everything so that on the day of surgery there are no surprises. I always perform preoperative CT scans when performing sinus surgery although they are not always needed for rhinoplasty surgery. Combining surgery in all the areas described is a little like taking apart a house of cards and then meticulously reconstructing. It is essential therefore to position supporting structures within the face as well as those visible on the outside perfectly in order to produce the best possible function as well as cosmetic change.

"As I do with all my patients, I discussed the fine details extensively with Mr Pancholi in his consultations before surgery. I was happy to hear after the operation that Mr Pancholi feels his nose looks natural, as that is exactly what I strive to achieve. For rhinoplasties, I take a large number of preoperative photographs and then analyse all the facial dimensions before deciding on the amount of tissue to remove or augment. In my experience a detailed operative plan of surgery leads to the best results and this is the message I reiterate whenever I lecture on rhinoplasty techniques to other surgeons. I am delighted that Mr Pancholi has had such a good result from his surgery both functionally and cosmetically."

Spire Leicester Hospital has unveiled a new, state-of-art CT scanner, which will speed up diagnoses for patients with ca…