An injection could banish the agony of painful joints for thousands of arthritis sufferers. It can reduce the need for painkillers and improve patients’ quality of life.

Around 690,000 people in the UK are affected by rheumatoid arthritis (RA) an inflammatory condition of the joints.

In the case of Maureen Pullan, 80, a grandmother from Leeds, who developed crippling pain in her left hand and wrist over the last year, the steroid (triamcinolone) injection has given her a new lease of life. When she first started to suffer from the condition in July 2017 the pain, swelling and stiffness severely disrupted her sleep. In the mornings she had to bend the fingers on her affected hand with her other hand to get them moving. 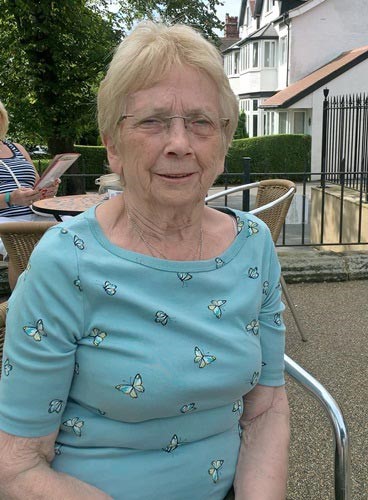 “Some nights I would hardly sleep at all. My hand was so swollen I couldn’t see my knuckles, my normally predominant veins were nowhere in sight and I couldn’t even dress myself without help from my husband,” said Maureen.

Although Maureen is right-handed, she had to adapt to doing everything one-handed, which made daily tasks difficult. She was not able to use a knife and fork so her food had to be cut up for her.

By early September 2017 the pain was so severe she knew she had to do something about it. Maureen visited her GP and learned she would have to wait between 16 and 22 weeks to see a rheumatologist.

“I was in so much pain, I did not want to wait and decided to seek private treatment. I asked my GP for a referral and phoned Spire Leeds Hospital the same day to arrange an appointment with Dr Michael Martin.”

Maureen was already familiar with Spire Leeds as she previously undergone a knee replacement and hernia repair at the Hospital.

Dr Martin, a consultant rheumatologist at Spire Leeds Hospital, organised x-rays, and diagnosed Maureen with severe inflammatory arthritis, sometimes referred to as CPPD (Calcium-Pyro-Phosphate disease) or Pseudogout. He offered Maureen an injection the same day and administered a deep intra-muscular steroid injection into her buttock. The benefits were immediate. Maureen’s hand and wrist felt pain free. She returned home and for the first time in months enjoyed a good night’s sleep.

Dr Martin said, “The steroid injection is administered into the muscle of the buttock where a long lasting effect is needed. It reduces inflammation and pain and helps treat the dysfunction of the affected joint. In some cases it is injected into the joint space to treat inflammation of joints in connection with rheumatoid arthritis, osteoarthritis, bursitis or epicondylitis (tennis elbow).”

Maureen soon felt the benefits. “The next morning I was amazed to find that I could bend my fingers. Instead of struggling to do household jobs with one hand, I could now use both hands. I can use a knife and fork once again and who would have thought I would get so excited about being able to the washing up!” said Maureen, who recently celebrated 60 years of marriage to husband Peter and received a commemorative card from the Queen.

Dr Martin added, “I was pleased to learn Mrs Pullan had responded well to the treatment and felt the benefits very soon after the injection. The effects of the injection last many weeks or even months. The condition may not flare and may remain dormant for years however, if an attack recurs, similar treatment will once again be effective.”

The condition is common and frequency increases with age. Dr Martin says it is most often seen in patients over 80 although it can affect people as young as 50, and is slightly more prevalent in men than women.

Maureen is now looking forward to wearing her wedding ring once again as it would not fit on her finger when her knuckles became swollen. She also plans to start driving again soon.

“I cannot praise Dr Martin highly enough! I wish I had gone to see him sooner. He has given me back the use of my hand and made life so much better for me now.”