It can be devastating for someone who enjoys an active lifestyle when a physical condition literally halts them in their tracks and forces them to change their life.

That was the case for Lee Phillips, 63, a businessman from Leeds, who used to jog, play soccer, tennis and swim. Lee had to stop all sporting activities due to a problem with his hip, which resulted in him needing a total hip replacement. 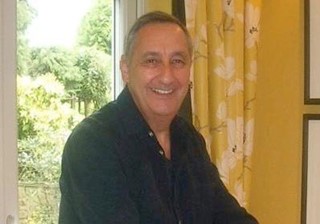 Lee, a commercial property consultant, first started with pain in his groin which steadily worsened over time. His GP referred him to Mr Aaron Ng, consultant orthopaedic surgeon at Spire Leeds Hospital where x-rays revealed his left hip had worn down to bone on bone.

“I was shocked to discover my hip had deteriorated to the point of needing replacement, especially as I never really had pain in my hip so I didn’t realise it was anything so serious. I quickly realised how lucky I was to have been referred to Mr Ng who advised me not to wait to have surgery so that I could get back to being active again, ” said Lee.

Now, after undergoing a total hip replacement at Spire Leeds Hospital in January 2017, Lee is back on the road to recovery and looking forward to resuming his active lifestyle.

“Before having the surgery I had reached the point where I was not able to do any exercise. I felt that I was not in control of my life. I think if you don’t exercise you regress very quickly, not just physically but mentally as well,” said Lee, who is married with two grown up daughters.

“I had never been into a hospital that didn’t feel and smell like a hospital. It was more like checking into a five star hotel,” he added.

Lee was out of bed and walking in the room just two hours after surgery. Just three weeks later he was on an exercise bike as part of his physiotherapy regime in Perform Leeds, Spire’s rehabilitation, sports and exercise medicine centre.  “It was fantastic. To realise at that early point that I could exercise to some extent was very liberating.”

Commenting on the surgery, Mr Ng said, “Patients now demand better quality of life compared to 20 years ago. Extra consideration has to be taken to ensure the implant I used has a good track record in terms of longevity. Modern innovation and technology in hip replacement now allows patients to participate in high impact activities such as jogging, running and skiing.”

Mr Ng used a minimally invasive technique and a spinal anaesthesia with sedation. The worn ball and socket joint was replaced with a modern ceramic cup and ball/stem composite without cement. “I used an enhanced recovery programme involving local anaesthetic infiltration which means that most patients can be mobile on the same day and can go home just two to three days after surgery,” he said.

Lee went out for his first short jog last week and is looking forward to getting back to other sports as well as the arrival of his first grandchild due in September. He said, “My recovery was miraculous really and remarkable that I had no pain after the operation. I’m taking it slowly, although it goes against my character, and will increase activity gradually, I feel an obligation to Mr Ng and his team not to mess it up.”

He added, “I have a new lease of life and feel very grateful to Mr Ng and his team at Spire for giving me my life back.”