What is the difference between normal forgetfulness with ageing and memory problems in an older person that suggest an underlying medical disorder such as dementia?

For most people, occasional lapses in memory are a normal part of the ageing process, and not a warning sign of serious mental deterioration or the onset of dementia. For example things like: occasionally forgetting where you left things you use regularly, such as glasses or keys.

Or forgetting names of acquaintances or blocking one memory with a similar one, such as calling a grandson by your son’s name. Occasionally forgetting an appointment or walking into a room and forgetting why you entered.

The key question to answer is whether the memory loss affects the person’s ability to function and do the things they need to do as part of their everyday life.

The term ‘dementia’ describes a set of symptoms that may include memory loss and difficulties with thinking, problem-solving or language that they have become severe enough to affect a person’s normal day to day activities.

Dementia is caused by different diseases affecting the brain such as Alzheimer’s disease, which is the most common cause of dementia but not the only one and other types of dementia include Vascular Dementia and Dementia with Lewy Bodies.

This article has been written for you by Dr Soumit Singhai, Consultant Physician and Geriatrician. Dr Singhai has recently launched a memory clinic here at Spire Harpenden Hospital, this is available to provide a detailed assessment of cognition (memory and thinking) and brain health. If you are worried about yours, or a relatives memory, please give our friendly team a call today to book into the memory clinic with Dr Singhai: 01582 788 412. 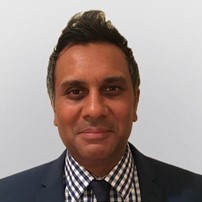