You are not alone! That is the message being sent to almost 20% of adults in the UK who, at some time in their lives, will suffer from Irritable Bowel Syndrome (IBS).

It can leave them struggling with symptoms such as diarrhoea or constipation, stomach cramps, bloating and the embarrassment of excessive wind!

There are also a myriad of digestive issues that make certain foods ‘out of bounds’ as well as causing difficulties when dining out. But IBS still has ‘taboo’ status amongst many adults who choose to keep their problems to themselves rather than seek medical help.

Now, as part of IBS Awareness Month, which runs throughout April, people are being told help is at hand and that some of even the most unpleasant symptoms can be controlled by lifestyle changes rather than medication or even surgery.

Dr Ian Johnston, a Consultant Gastroenterologist at Spire Thames Valley Hospital in Wexham, Bucks, said: “It usually first develops when a person is between 20 and 30 years age and tends to come and go in periods of a few days to a few months at a time - often during times of stress or after eating certain foods.

“The thing is that many people are simply suffering in silence when the ability to control the symptoms is in their own hands. Stopping smoking is a must and cutting down or giving up alcohol will almost certainly make a difference.

“Diet is also very important - but you don’t need to go looking for hard to find foods or herbal remedies – a good, balanced diet containing lots of fresh fruit and vegetables and an avoidance of processed foods should do the trick for most people.” 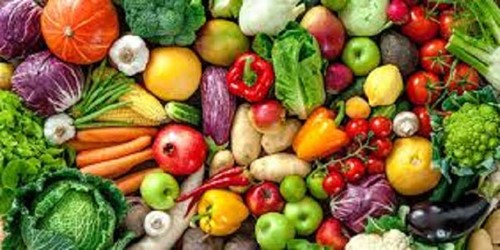 However, if you are suffering any IBS symptoms for over three weeks you should visit your GP, said Dr Johnston. They will study your medical history and document your symptoms and may also refer you to a gastroenterologist so that further investigations can be made – usually involving blood tests and internal scopes.

“Symptoms of IBS are similar to a number of other health complaints, including more serious issues such as Crohn's and ulcerative colitis and, of course, we would also want to eliminate the possibility of bowel or stomach cancer. We can do this by putting a camera in your bowel and looking if there is anything wrong and, if so, what it is.”

Generally symptoms improve as individuals get older, but there is no ‘cure’ as such.

In general terms keeping fit, eating well and not being overweight will have a beneficial effect. Exercise also helps manage stress, which can be a significant factor in worsening IBS symptoms.

“I hope that Awareness Month allows people to bring their problems into the open. Once they come to terms with IBS they can then start to make positive moves to controlling their symptoms and improving their quality of life,” said Dr Johnston.

If you have any concerns, please do not hesitate to get in touch. Simply call us on 01753 665 404 or contact us: enquiries@spirethamesvalley.com.

Spire Thames Valley Hospital have launched a campaign recently with a view to improving patients’ experience of surgery.…