Pat Myles had had loose skin around her neck for as long as she could remember, and consciously covered her neck with certain styles of clothes or scarves - even in the summer. When the 62-year-old from Reading looked into having surgery to remove the excess skin she discovered it involved more than she expected.

“My neck had always been loose; I’d lost some weight in the past which left some saggy skin, but it became scraggier over the years. I had thought about surgery, but never really seriously. My daughter and I would often joke about what we’d have done if we could have cosmetic surgery; I always said I’d have my neck done, she always went for a breast reduction!”

As the years went on and Pat’s neck became even looser, the hypothetical question that was asked in jest started to became a real possibility. “It got worse gradually so it’s not like I woke up one day feeling I needed to get it done. But age was definitely making it worse, and I started thinking about having some sort of surgery.

“I put it off because I was worried cosmetic surgery would mean I’d end up with the ‘wind tunnel’ look. I wanted to get rid of my ‘chicken neck’, but I wanted to look natural. It was when I hit 60, I started seriously looking into having something done.”

Pat looked no further than Spire Dunedin Hospital in Reading where she was treated 15 years ago by consultant cosmetic surgeon Mr John Dickinson. Back then, Pat had undergone eye surgery after a problem with one of her eyes had left her with a loose eyelid. “I was so impressed with everything back then, I didn’t feel the need to contact any other hospitals – I knew I’d get excellent treatment with Spire.

When Pat called Spire Dunedin Hospital she was delighted to find the surgeon who did her eyes was still practicing. “I couldn’t believe Mr Dickinson’s name came up. I was so pleased with my eye operation, it sealed the deal and I made an appointment to see him.

“I’d already decided I was going to have surgery, but I wanted to know more about what was involved and where the incisions would be made. Mr Dickinson showed me what the result would be like.

“What I didn’t realise was that when you have your neck done, part of the procedure involves lifting the jowls as well so I was going to have a kind of half-facelift. I saw this as an added bonus, especially as Mr Dickinson understood I didn’t want it to look unnatural or like I’d had drastic surgery.

“I booked the operation for a time that tied in with me being able to book three weeks’ holiday leave from work. I was only in hospital for one night and the whole thing was marvelous. When I came round, I couldn’t believe there was no pain at all. Everyone was great, and everything went so smoothly.

“When I first looked in the mirror it was puffy with swelling in my cheeks, but that was to be expected. Mr Dickinson and the cosmetic nurse checked on me and were happy for me to go home.”

Pat had to wear an elasticated face mask as much as possible for 10 days - including sleeping in it. She says she stayed in for the first week or so, but after two weeks most of the bruising was gone and by the time she went back to work most of the swelling was gone too.

The cost of the procedure included all aftercare. Pat also had three follow up appointments, including one during which the stiches were taken out. “The nice thing was if I had any problems I could call them or go back if I wanted to. I didn’t need to, but it was reassuring to know Spire were there if I had any worries. Mr Dickinson’s secretary was amazing too - she bent over backwards to organise appointments within my holidays so I didn’t have to take time off work.

“The swelling reduced fairly quickly at first, but can take up to six months. As it subsided, some natural wrinkles returned, and the normal contours of my face took shape. It was everything my surgeon said it would be.

“Those who didn’t know I was having the operation didn’t guess I’d had surgery, they just thought I looked really well, and that’s a good thing. 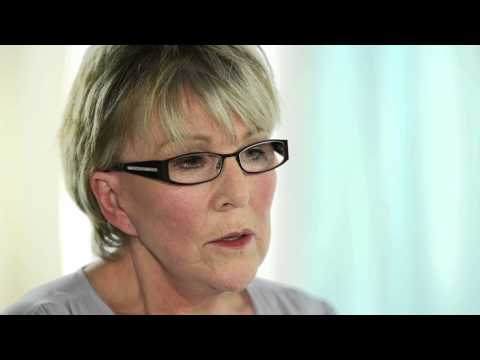 Read more
What you'll lose is nothing compared to what you'l…