Steve Hamlett had eyelid surgery under the care of Ms Grainne Bourke at Spire Leeds Hospital.

When he was 58 Steve noticed that the drooping of his upper eyelids, which had started some years ago, was getting worse with age, making him look permanently tired. It was a look that did not disappear after a good night’s sleep or a holiday. 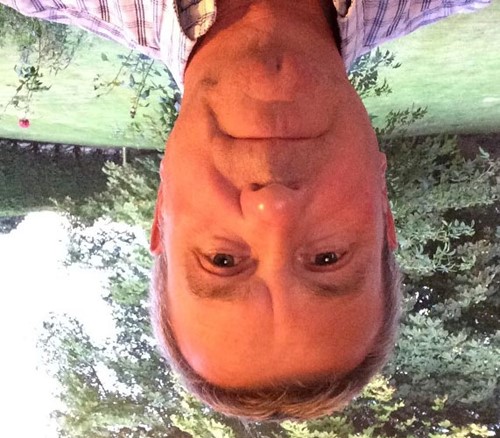 Steve, a semi-retired business owner from Hull, said, “The skin on my upper eyelids was sagging and was getting worse as I aged. The excess skin was really starting to bother me. So I decided to look into having surgery to correct this. I just wanted to stop looking exhausted all the time.”

He spent time researching online and chose Grainne Bourke, consultant plastic surgeon at Spire Leeds Hospital. Steve arranged an appointment and after discussing the options with her he decided to have a blepharoplasty (upper eyelid lift). Steve, who is married to Nicky and has two grown up sons, said that developing droopy upper eyelids is a genetic trait in his family although he is the first in the family to undergo cosmetic surgery.

Grainne Bourke said eyelid surgery is one of the most common cosmetic procedures for men. “One of the first areas of the face to show signs of ageing is the area around the eyes. Mr. Hamlett is typical of a lot of men I see for cosmetic surgery. He wanted a simple solution to correct extra eyelid skin and to improve how he looked around the eyes. He didn’t want major cosmetic surgery that would change his appearance dramatically or with a long recovery time. Having listened carefully to what he wanted I felt that upper lid blepharoplasty would be the best solution for him with minimum down time.”

Steve’s family was supportive of his decision to have surgery and he had the procedure in June 2015. He said, “I was a little bruised at first, however, I did not experience any pain following the surgery and did not need to take pain killers. I could see the results more or less straight away and after two weeks the bruising and swelling disappeared. Steve self funded the procedure and considers the money to be “well spent”.

Blepharoplasty involves removal of skin and fat from the upper eyelids following incisions made in the natural crease of the upper eyelid. Surgery can be under general or local anaesthetic and is often performed as a day case.

Ms Bourke described the procedure, “Before surgery I carefully assessed the amount of extra skin, displaced fat and tone of the eyelid muscles. During surgery any extra wrinkling skin is removed. The fat around the eye is important and so it is repositioned and a small amount removed to improve the contour around the eye. This is particularly the case where there is a lot of prominent fat in the upper eyelid near the nose as this can make a significant difference to the appearance.”

Commenting on the results, Steve said, “I am very happy with the results, which have exceeded my expectations. It’s really boosted my self-confidence and I feel it’s turned back the clock. My sagging eyelids are gone and I think I look more awake. An important aspect for me is that a lot of my friends and colleagues have said I look good but some just think I look rested because I’ve just returned from holiday. That’s exactly what I wanted – to look like a better, more rested version of myself without a dramatic change in my appearance.”