Tony Britton had a discectomy decompression procedure at Spire Leeds Hospital under the care of consultant neurosurgeon, Mr Deb Pal.

Tony, a business consultant from Bielby, near York had always enjoyed an active lifestyle. The pain in his back started periodically 15 years ago would last for a couple of weeks before subsiding. Then in 2016 he bent over and experienced crippling pain in his back which, on this occasion, did not get better. It got to the point where he couldn’t take part in his usual daily activities and he couldn’t walk without having to find the nearest seat. 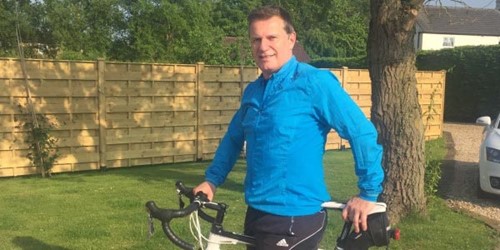 “I could hardly stand up. I couldn’t walk more than 20 metres and was bent over to the left to take the pressure of my spine, which meant I had to walk sideways to go forward. The pain was excruciating,” said Tony
Before surgery Tony saw a chiropractor and an acupuncturist but nothing brought long term relief. As he waited for an appointment for surgery the pain became unbearable and he decided to pay to go privately. He was referred to Mr Deb Pal, consultant neurosurgeon at Spire Leeds Hospital. An MRI and X-rays showed disc damage at two levels in his spine. However it was the curvature of his spine that most concerned the experts.

Mr Pal said, “I’ve not seen a case as severe as this before. It was astonishing. The spine was curved significantly to one side as his body was basically trying to alleviate the pressure and adjust to the pain. Until recently he had been able to walk straight and had no history of curvature of the spine.” 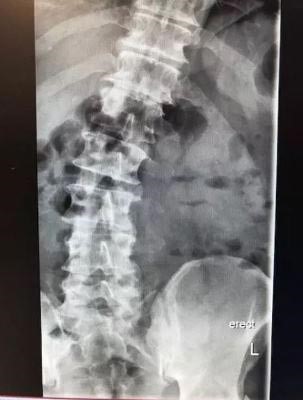 Mr Pal described the procedure he performed, “A three centimetre incision is made in the midline of the back. Muscles are separated off to expose the bones at back of the spine. The thickened bones and ligaments are shaved and a channel created through which the nerves are exposed. The nerves are protected and gently separated off the bulging discs which are shaved to adequately free the nerves. The procedure was repeated at both sides and at consecutive levels in the spine.”

Tony said, “I felt better very soon after surgery. My spine was straight and the next day I was up and walking around the hospital room.”

Just two weeks after having surgery followed by an intensive physiotherapy regime at Spire Leeds Hospital, Tony said his life was transformed. He was able to walk and was pain free.
“My spine is straight. I cycled sixty miles last week and I’m walking two miles every other day. The result is fantastic, I have my life back,” said Tony who is married with three children.

Today Tony continues to improve. “When I walked two miles along the canal with my dog a few weeks ago it was a fantastic feeling because I knew that I could look forward to the future. I’m now getting back to normal – taking spinning classes, gardening, and enjoy activities with my family.”

Commenting on the surgery, Mr Pal said, “It’s a fantastic outcome. I couldn’t be more pleased with the results. Tony was standing straight on day one after surgery, he saw the results very early and has improved very quickly.
“Tony’s case highlights how severe pain can cause such a significant curvature of the spine, which is not so commonly seen.”

Tony was able to successfully launch his new business, which he had been forced to put on hold, and is now working full time.

Tony said, “Mr Pal exceeded my expectations. He filled me with confidence and he fixed me. He and his team made the whole experience the best it could be. Without the surgery I wouldn’t have regained my quality of life. I’m very happy and my family can see a huge difference in me.”