One of Britain’s top fighter jet test pilots is back in the cockpit after a major spinal injury that threatened to end his flying career, thanks to the expertise of medics at a Blackpool private hospital.

Commander Paul Stone served with the Royal Navy for 20 years including active service from HMS Ark Royal in Bosnia and HMS Invincible in Iraq, before becoming chief test pilot and later Director of Flight operations at BAE Systems in Blackpool.

The first disc prolapse saw him in A&E having collapsed with agonising back spasms that left him with a limp, after being temporarily unable to walk. This was followed a second prolapsed disc diagnosed three years later.

This type of injury can often lead to major discectomy surgery which can take patients months and even years to recover from, which would have cost Paul his flying license.

The injury most likely built up over Paul’s long flying career, exacerbated by the massive G-force strain of 9G put on the body testing fighter jets such as Harriers and Typhoons – equivalent to nine times the force of gravity. 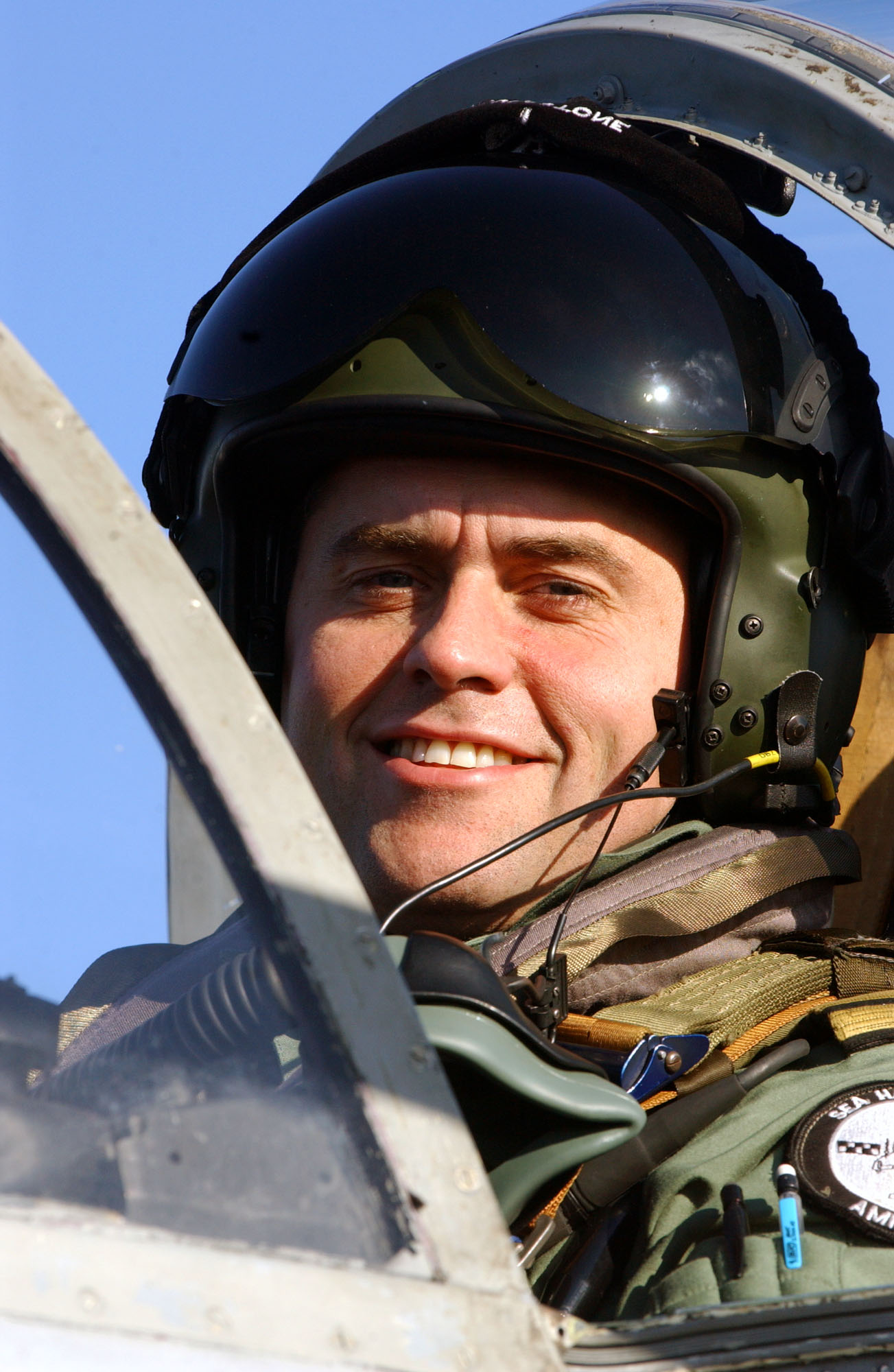 It was thanks to the expertise of his consultant orthopaedic surgeon at Spire Fylde Coast Hospital Mr Paul Dunkow, that he was able to avoid surgery, following an MRI scan and X-rays at the hospital on St Walburgas Road.

The medic instead recommended first trying a course of intensive sports physiotherapy, with exercises designed to relieve pressure on Paul’s spine, loosened tight muscles and ligaments, and strengthen his core muscles.

The strategy was a success and now 18 months on Paul says he is pain free, and has been able to continue with his passion for flying as a career.

It has enabled him to take up his present role as chief pilot of the Shuttleworth Collection in Bedfordshire, a charity dedicated to preserving the heritage of vintage aircraft including a World War 2 Spitfire, and the world’s oldest plane, the Blério monoplane.

The married father-of-two has also recently completed a 3-week climbing expedition 22,000 feet high up in the Andes.

Paul said: “It has been wonderful to be able to find a way to manage the condition through physiotherapy, most significantly for me as it meant I was able to continue flying.

“When I first went to Spire I was in huge amounts of pain.

“The injury was something that built up over time, and when you are testing Typhoon jets that puts a massive 9G strain on your body, so you need to be really strong physically to be able to withstand these forces.

“It looked like I was facing surgery to correct it, but the decision not to operate was really good advice for me and it’s worked.

“I am very grateful to Spire and to Paul for the careful and considered approach they took to my treatment, taking into account my lifestyle and career.

“This was a life-changing injury, but with careful treatment, despite the excruciating pain of a double prolapsed disc, I was able to avoid life-changing surgery which could have meant I could have lost my flying license.

“Spire have saved my career.”

Paul said: “I first started suffering discomfort around 2010, gradually it got worse, I started getting spasms, and I was trying to stretch it off myself.

“Then in 2012 I collapsed with a muscle spasm where I couldn’t move and we had to call an ambulance and be taken to hospital.

“I was on the floor of my living room on all fours and I couldn’t get onto the sofa.

“Afterwards I went to see Spire. That was when my first prolapsed disc was diagnosed on the lower right side of my spine.

“Then in 2018, I had another MRI and Mr Dunkow diagnosed another prolapsed disc on my lower left side.

“At times the pain in the back was excruciating and I couldn’t work, and more worryingly as this was progressing and over the years it was gradually getting worse, to a point where it was affecting my ability to operate as a pilot.

“The muscle spasms caused numbness in the toes, in the lower leg and some of the muscles didn’t trigger properly so it caused me to walk with a limp for a period of recovery after each spasm, which meant I was I was off work and unable to fly.”

Paul’s treatment has involved a programme of massage, joint manipulation, stretching and exercises with a sports physiotherapist, including core stability exercises which he also does at home.

He said: “I value tremendously Mr Dunkow’s advice and diligence, and his refusal to just jump to what for a surgeon must be the obvious answer.

“I am very grateful for his skill, judgement and his care and concern for me as an individual, and understanding the importance of preserving my ability to fly, which means I can carry on with the career and passion which I love.

“I’ve been relatively symptom free since my last consultation with Paul a few months ago, I still have a little bit of numbness in my toe and leg and a little bit of back stiffness sometimes, but nothing more than the usual discomfort a 53-year-old would experience after a car journey or a bit of gardening.”

Mr Dunkow said: “Paul’s injury was very severe however we always look at all of the options before we consider surgery, and given Paul’s existing fitness levels and career, we decided in this case to first opt for physiotherapy to see if we could avoid surgery.

“It’s wonderful to see the results - Paul is working hard to manage the injury and we are delighted he is currently pretty much pain free.”

Spire Fylde Coast Hospital Director Tracy Jackson said:  “We encourage conservative management of injuries and we are trying to raise awareness that in many cases this is the best approach.

“If someone is two years off retirement and they can avoid surgery that’s better for the person. It’s about trying to explore all options before surgery as that can be a lot better for the patient and their lifestyle, and overall health and wellbeing.

“The success in this case reflects the careful considered approach of our consultant.”

Originally from Exeter, Paul joined the Navy in 1985. He served a front line sea Harrier pilot on the HMS Ark Royal in Bosnia in 1994 and later on HMS Invincible when he saw operational service in Iraq, between the two Gulf wars.

In 1995 became a test pilot for the military and his work included a tour in the USA flying experimental combat aircraft.

He retired from the military in 1996 when he was given a once in a lifetime chance to become a test pilot for BAE Systems in Blackpool where he worked until 2006.

Paul retired from BAE Systems last June 2019 and now runs his own aviation consultancy Perlucid, as well as being Chief Pilot of the Shuttleworth collection in Bedfordshire.

He said: “I love flying. I got my pilot’s license before I got my driving license aged 17. Operating jets off an aircraft carrier is the most challenging job in aviation. It’s a real adrenaline rush.”

“For me, my career has been all about the challenge and the variety, I’ve flown over 150 types of plane and now I fly old warbirds.”

He added: “My other passion is walking and I’ve just come back from a trek in South America on Aconcagua which, at 23,000 feet is the highest mountain outside the Himalayas - another activity I wouldn’t have been able to do had we gone down the surgical route.”