Tiffany has recently joined Spire Fylde Coast Hospital working as a Healthcare Assistant in Theatre and is thoroughly enjoying her job. On Friday 9th November 2018 Tiffany was awarded Radio Wave’s Carer of the Year 2018. Her story is truly amazing.

Tiffany had a normal family life living in Wolverhampton until in 2007 aged 19 when her Dad died resulting in the family moving to Blackpool. Things dramatically changed in 2013 when her mum, Lyndsey contracted pneumonia and was put into an induced coma for 6 days at Blackpool Victoria Hospital.

In 2014 Lyndsey found out she was pregnant with her third child. Everything was going fine until the December when she again contracted pneumonia and was put into a coma. At 26 weeks gestation it was decided that her baby had to be delivered. Due to her being on life support in HDU, she couldn’t be moved, the maternity team had to perform an emergency caesarean section which is the first ever delivery to be performed in HDU.

Lyndsey had a little girl and was named Skylar, but due to her being so small was moved to Manchester and stayed there for over a year.

After having Skylar, Lyndsey was in a coma for about 3 weeks. During this time Tiffany was looking after her brother aged 17 and sister aged 14, and splitting her time between her mum in Blackpool Victoria and Skylar in Manchester.

The family then had another shock with their Nan Dorothy suddenly dying.   And at the same time, Tiffany’s boyfriend was going through Chemotherapy at The Christie Hospital, Manchester.

Eventually Skylar and Lyndsey came home and Tiffany had to help her mum as she was finding it hard to get back on her feet and doing normal household tasks i.e. shopping, cleaning and cooking were a struggle.

In 2016 tragedy struck again with Lyndsey having a stroke and was taken to Royal Preston Hospital. She had two big bleeds on the brain and was in a coma. This time they didn’t think she was going to make it.

Due to the uncertainty of whether Lyndsey would pull through, Social Services got involved as someone had to take responsibility for Skylar. Tiffany made the decision to adopt her with the backing of Social Services who helped her achieve this.

Lyndsey, whilst in Royal Preston, had to have half her skull removed and replaced with a titanium plate.

Back home now, Lyndsey continues to improve with the help and support of her family and friends. She does have other conditions to deal with following her stroke of COPD and epilepsy.

Skylar has been in and out of hospital since being born with lung problems and suffers with chest infections and bronchitis. Tiffany adores her little sister who is now aged 4 and enjoying nursery.

Tiffany has had to grow up very quickly and found the strength and courage to not only deal with what happened to her mum but also looking after her siblings, adopting her youngest sister and also caring for her other Nan who has dementia who lives with them, and throughout all this maintaining a full time job.

Tiffany’s story is one you couldn’t write, she is such a lovely young lady who definitely deserves her award. 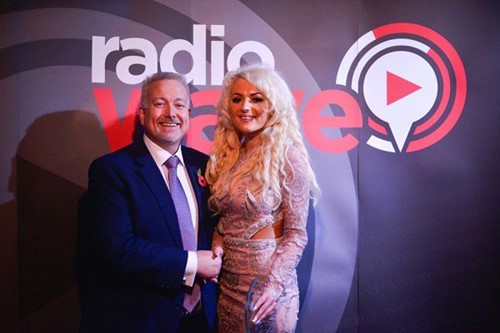