After suffering with Perthes disease from a young age (rare childhood condition that affects the hip), Lee Goulding, 49, from Thornton-Cleveleys, decided he needed a better quality of life, as he recalls, “the year before surgery was the worst. I couldn’t walk 200 yards without stopping to adjust my leg.”

Lee was originally diagnosed with tendon trouble and had subsequent injections that didn’t work. It was therefore decided that he needed to be referred for a consultant's opinion. He was given the choice of hospitals where he could be seen on the NHS and chose Spire Fylde Coast Hospital under the care of Mr Amit Shah, a Consultant Orthopaedic Surgeon.

Recalling his experience at Spire Fylde Coast, Lee explained: “Mr Shah was confident from the start that he would take the pain away when I walked.”

Mr Shah performed a left total hip replacement in October 2018 which Lee says, “I couldn’t have hoped for any better results to be honest.”

Having one leg slightly longer than the other caused Lee to limp, but he feels this is getting better all the time following his surgery and he's returning to normal activities which he never thought he’d be able to do again.

He continued: “I feel like I have new legs. I can’t tell you how good it feels to be mobile, able to go to the gym and walk up daft hills again. I’ve also lost a stone in weight.”

With Lee feeling on top of the world, he recently completed the Yorkshire Three Peaks Challenge which is a feat for any abled person, but what an accomplishment after hip surgery seven months ago. He completed the 25 miles in 10 hours and 2 minutes and says “the only pain was in my knees. No hip pain whatsoever.

“Thanks again to all the staff involved. Everyone was fantastic.” 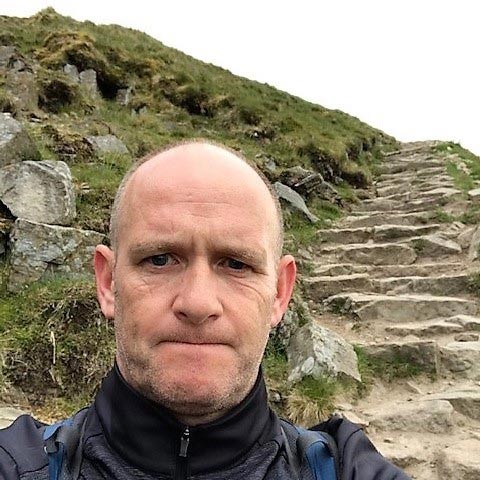