Non-invasive test of an unborn baby for Down’s syndrome.

A nuchal translucency scan (NT) is an ultrasound scan that helps determine the likelihood of Down's syndrome and other chromosomal abnormalities in unborn babies. It does this by measuring the amount of fluid lying under the skin at the back of a baby’s neck. Babies with Down’s syndrome, heart and other chromosomal abnormalities have an increased amount of fluid here. It is a non-invasive procedure so doesn't carry a risk of miscarriage.

Down’s syndrome is a genetic disorder and the most frequent cause of learning disabilities. In its most common form, each of the body’s cells has an extra chromosome (chromosome 21).

Parents-to-be can choose to test their unborn babies for Down’s syndrome. A screening test will give an indication of which babies have an increased risk of Down’s syndrome and other chromosomal abnormalities such as Edward’s and Patau syndromes. It doesn't carry a risk of miscarriage as it's non-invasive, but it doesn't give a definitive answer.

The scan will provide you with additional information on multiple pregnancies and it accurately dates your pregnancy. It can also exclude major abnormalities at that stage of the pregnancy.

A combined test considers both the nuchal scan - which measures the amount of fluid lying under the skin at the back of a baby’s neck because babies with Down’s syndrome, heart and other chromosomal abnormalities have an increased amount of fluid here - and a blood test from the mother to work out a risk figure. The blood test measures the amount of a hormone and a protein that are found naturally in the mother’s blood. These substances have passed from the baby to the mother.

A computer programme uses the nuchal scan measurement, the size of the baby, the mother’s age and the blood results to work out a risk of Down’s syndrome for the baby.

This combined test allows the screening process to be more accurate and is recommended by the National Screening Committee and the Fetal Medicine Foundation. 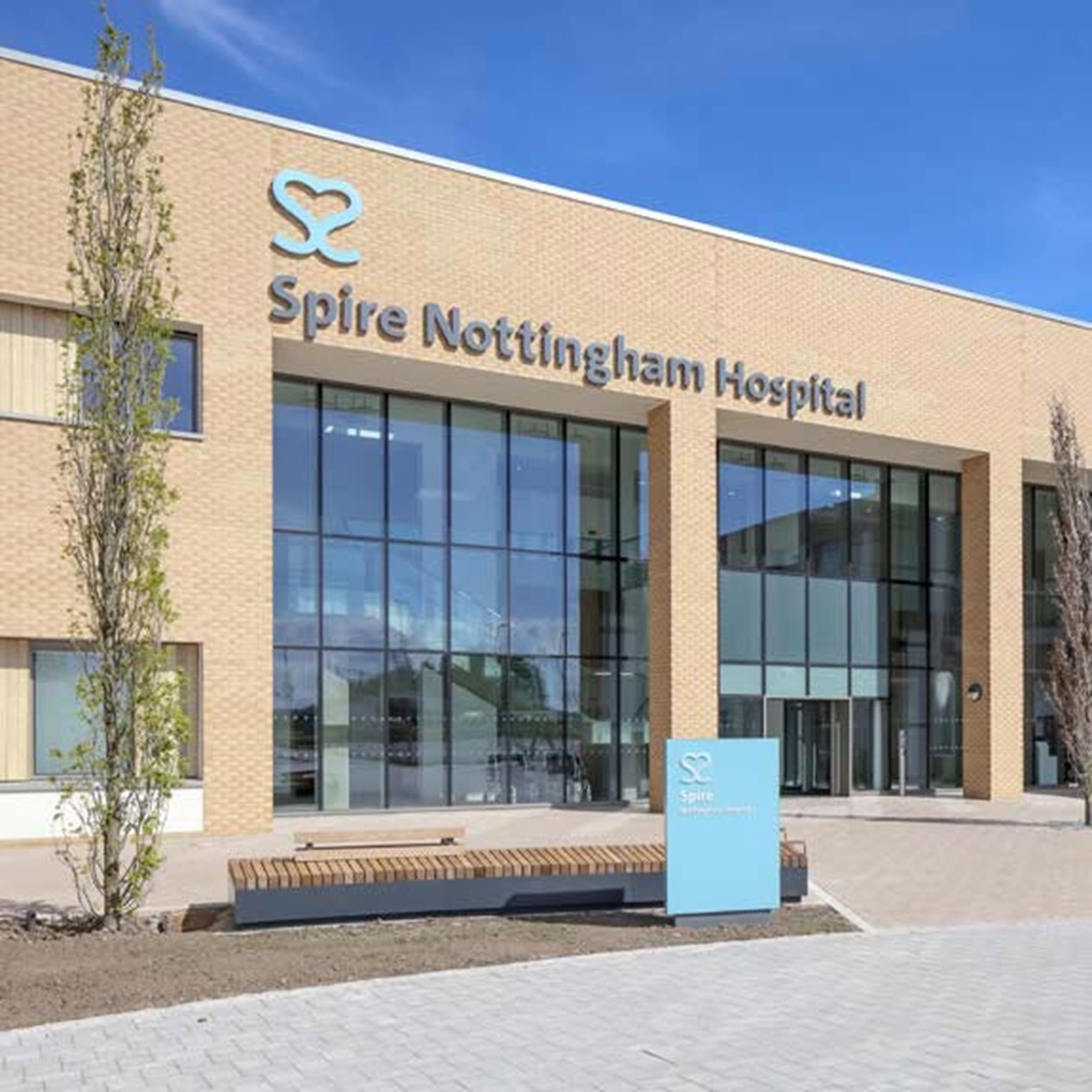 Who will do it?

Our patients are at the heart of what we do and we want you to be in control of your care. To us, that means you can choose the consultant you want to see, and when you want. They'll be with you every step of the way.

All of our consultants are of the highest calibre and benefit from working in our modern, well-equipped hospitals.

You will have a formal consultation with a healthcare professional. During this time you will be able to explain your medical history, symptoms and raise any concerns that you might have.

We will also discuss with you whether any further diagnostic tests, such as scans or blood tests, are needed. Any additional costs will be discussed before further tests are carried out.

Preparing for your treatment

We’ve tried to make your experience with us as easy and relaxed as possible.

For more information on visiting hours, our food, parking and all those other important practicalities, please visit our patient information page.

The best time to perform this test is between 11 and 14 weeks of the pregnancy. If you're unsure of your dates, it's recommended you have a dating scan before the screening test.

Before your nuchal scan, you may need to drink a pint of water so that you attend with a full bladder.

You will have an initial consultation with a consultant gynaecologist and obstetrician.

The scan is performed on your tummy. If your baby is in a difficult position, you may need an internal scan. During the scan, we will date the pregnancy, and measure and assess your baby for major physical abnormalities.

We will take a blood sample if the baby is between 11 and 14 weeks. If the dates are incorrect, the screening test will be deferred to the appropriate time but there will be a charge for the dating scan.

You will be able to leave hospital after your test.

The results will be discussed with you on the day or over the phone, and we will provide you with a printed report. We recommend you give a copy of the report to your midwife, GP or consultant obstetrician.

The results provide you with a risk factor for Down’s syndrome. With this information you can make an informed decision about whether you're comfortable with the risk or if you'd like to proceed with an invasive test. A diagnostic test such as chorionic villus sampling and amniocentesis will give a definitive answer but both carry the risk of miscarriage.

As a guide, an invasive test is usually offered if the combined test shows the risk of the baby having Down’s syndrome is relatively high (for example, one in 100).

We are committed to delivering excellent individual care and customer service across our network of hospitals, clinics and specialist care centres around the UK. Our dedicated and highly trained team aim to achieve consistently excellent results. For us it's more than just treating patients, it's about looking after people.

The treatment described on this page may be adapted to meet your individual needs, so it's important to follow your healthcare professional's advice and raise any questions that you may have with them.