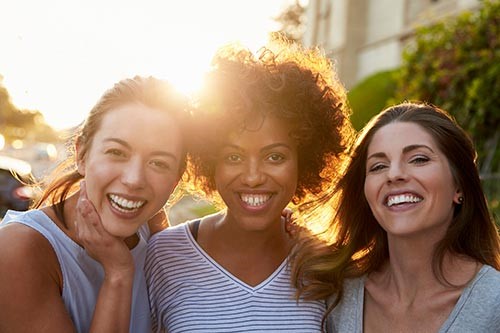 Suffering in silence could be killing you!

That is the warning being given out as part of Ovarian Cancer Awareness Month that will run throughout March.

It is the fourth most common cancer amongst women in the UK with more than 7,000 women diagnosed each year and 4,300 deaths annually* yet early detection can lead to successful treatment for many sufferers.

But because symptoms are not well known or often mistaken for ‘tummy troubles’ or period pains, it is usually discovered in the late stages when successful treatment is much more difficult.

Mr Barry Auld, Consultant Gynaecologist at Spire Sussex Hospital said: “Far too many women are dismissing the symptoms for too long before going to see their GP.

“Unfortunately there is not always a specific symptom and the symptoms could be subtle so it is difficult to spot. This can contribute to GPs sometimes suspecting Irritable Bowel Syndrome as the problem.”

Now Ovarian Cancer charities are urging women to be constantly on the lookout for possible symptoms – and to act on them sooner rather than later.

“When women are diagnosed in the early stages of ovarian cancer they have a 90% chance of surviving for more than five years but this reduces to even less than 40% when diagnosed in the later stages so it is important they know what symptoms to look for and that they make their GP aware of those symptoms as soon as possible.

“My advice to any woman suffering from any of these symptoms is to go to their GP and discuss the matter thoroughly. Women must feel confident that when they visit their GP with any of the symptoms mentioned above they will be examined with the possibility of ovarian cancer in mind,” said Mr Auld.

The NJR monitors the performance of hip, knee and shoulder joint replacement operations to improve clinical outcomes for…

Read more
Do you suffer with IBS or coeliac disease?