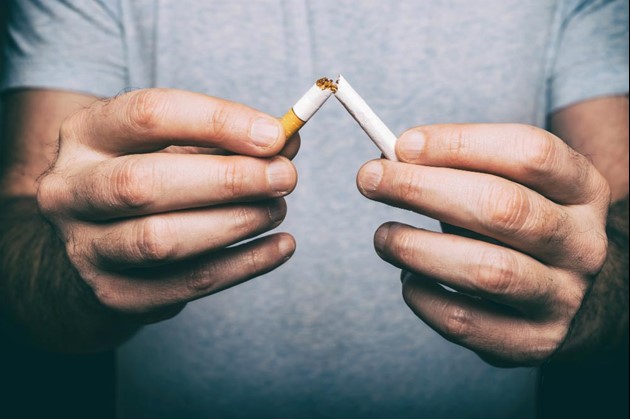 It is New Year’s Resolution time again so is stopping smoking at the top of your list?

It is tough at the best of times but as you try your hardest to stub out the habit the one thing you don’t want to hear is ‘it isn’t worth the effort’.

Die-hard smokers may well come up with a list of reasons why you are ‘wasting your time’ trying to stop but Professor Michael Steiner says don’t listen to any of them – kicking the habit can only be good for your health.

Here Professor Steiner who runs a Respiratory clinic at Spire Nottingham Hospital, cuts through the myths and tells you the truth about giving up cigarettes.

The myth: Stopping smoking makes you put on weight

The truth: Eating too much and not getting enough exercise makes you put on weight! I accept that some people do put on weight after stopping smoking but that is because they are using food as a substitute for cigarettes – when they feel they need a cigarette they are eating a biscuit or a chocolate bar instead. There will be cravings as you stop smoking but eating a piece of fruit or even drinking a glass of water can help take your mind off these cravings without adding to your calorie count.

The myth: If you have been smoking for more than five years the damage is already done

The myth: I’ll switch to ‘lights’ and stop later

The truth: The chances are that you won’t! Whatever the manufacturers try to tell you a light cigarette contains about the same of tar as a regular cigarette - in fact ‘light’ actually refers to the ‘taste and flavour’ of the tobacco and not its tar content. An American survey showed that while smokers of low-tar brands were more likely to attempt to quit, they were less likely to actually stop for good.

The myth: It helps me manage my stress levels

The truth: Nicotine alters the balance of two chemicals in the brain: dopamine and noradrenaline. When these levels are altered by nicotine, patients feel stress relief and feelings of enjoyment. The act of inhalation means the active chemicals get to the brain more quickly, and effect a near immediate change in mood. Nicotine has been shown to induce feelings of pleasure and reduce stress, and is generally why smokers enjoy smoking.

It is worth noting, however, that the brain adapts quickly to these new levels of nicotine induced pleasure, and higher and higher levels are required to achieve the same feelings over time.

The myth: Nicotine replacement products are as addictive as smoking

The truth: Most people using nicotine products do not become dependent on them. In fact, the NHS website focusing on stopping smoking says that biggest problem with NRT is that people don't use enough of it for long enough! The nicotine from patches, gum and so on is released into your system much more slowly and in a different way than nicotine from a cigarette. Your body absorbs it more slowly and less reaches your brain, making it easier to stop using it at the end of your course. Nicotine is addictive but it’s not the damaging part of smoking. Using nicotine replacement removes the harm from cigarettes and allows the reduction in dependence to be managed safely over time.

The chances of success with stopping smoking are substantially greater if supported by a smoking cessation service (including pharmacotherapy, nicotine replacement and psychological support). This has been proven in several clinical trials. This doesn’t remove the need for personal motivation and will power but there’s no badge of honour for doing this alone. Patients can usually refer themselves or can ask their GP/Nurse/Pharmacist to refer to a service such as Smoke Free Life Nottinghamshire.