Now the season of indulgence is over many of us are overhauling our diets and making healthier lifestyle choices for 2018. Many people suffer from the uncomfortable bouts of indigestion, usually triggered by eating and drinking. It’s a common problem with one in five of us experiencing symptoms every week in the UK.

Whether you are a full-time mum, a shift worker or a 9-5 office staffer, life can be so busy there’s often little time to eat properly and irregular and rushed meals can cause daily discomfort from the symptoms of indigestion and affect your health in the long term.

Dr Matthew Huggett,  a consultant gastroenterologist at Spire Leeds Hospital, looks at the causes of indigestion, how we treat it and what we have to do to avoid it altogether. 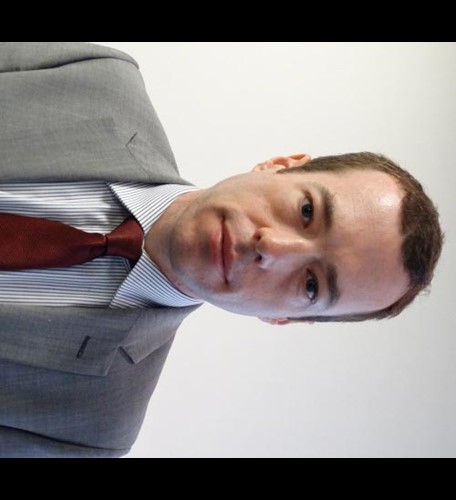 But he also warned that people suffering indigestion regularly and for an extended period of time could actually be mistaking the symptom for something more sinister and urged them to see their GP or Gastroenterologist.

Indigestion is a very vague term that is used to describe symptoms that are attributable to the oesophagus, stomach and small intestine (duodenum). The symptoms are often pain or discomfort aggravated by eating or drinking - the feeling of nausea after food or the sensation of being over full. Also heartburn and reflux can also be described as indigestion

How is it usually caused?
It is classically caused by acid reflux disease, gastritis (inflammation of the stomach) or ulcers in the stomach or small intestine. The stomach has natural defence against stomach acid but if this defence is damaged then problems can arise from naturally occurring acid.

The oesophagus on the other hand has no natural protection so acid refluxing out of the stomach into the oesophagus will cause symptoms. Helicobacter pylori - a bacteria frequently found in peoples stomach -  can tip the balance towards damage from  stomach acid. Other things that increase stomach acid production can promote symptoms. These include smoking, acidic drinks such as wine and fruit juices and spicy food. Stress is another possible trigger.

Are there any causes that people aren’t so aware of?
The bottom of the oesophagus (gullet) has a muscle that tries to prevent reflux. However, this muscle can be relaxed by alcohol and, perhaps more surprisingly, by chocolate. Late night chocolate treats can classically results in nocturnal heartburn

What about alcohol – are spirits more likely to bring on a bout of indigestion than beers or lagers?
All alcohol will relax the lower oesophagus and promote reflux but fizzy drinks, such as lager, are more likely to cause reflux, especially when drunk in larger volumes. However all alcohol will cause some damage to the stomach so don’t believe the medical myth that you can use brandy to settle your stomach!

Besides abstaining for alcohols and saying ‘no’ to tasty treats what measures can people take to avoid indigestion?
Eating and drinking a number of hours before going to bed is a good option. Smaller and frequent meals tend to help as well. If reflux is the major issue propping the head of the bed on a couple of bricks helps increase effect of gravity at night thus reducing reflux.

Does a pint of milk at the start of the evening help or is that an ‘old wives tale’ started by the dairy industry?
Funnily enough, while the pint of milk theory is another ‘medical myth’ it is a fact that before the advent of modern anti-acid drugs, patients with ulcers were often treated with milk drips direct to the stomach.

If you do get indigestion what is the best way of treating it?
Modern drugs such as the PPIs (omeprazole etc) have transformed the management of indigestion by reducing acid production very dramatically. Also H2 blockers such as (ranitidine) reduce acid production. However, many of the over-the-counter remedies are only antacids that will neutralise the stomach acid for a relatively short period.

What conditions could the symptoms of indigestion be hiding?
The real worry about indigestion is that it could be masking something much more sinister. If lifestyle issues and a short course or tablets/medicine - maybe two weeks of treatment - does not resolve the issue then seeking medical advice is sensible.

The increasing age of the patient and the fact that these symptoms are new are indicators to investigate further. Oesophageal cancer can give symptoms similar to reflux and any sensation of food sticking and painful swallowing require urgent investigation. Visit you GP or a gastroenterologist as soon as possible.

During a routine eye test on Christmas Eve, Annette, 78, a retired paediatric nurse from Leeds, discovered she had catar…