They expected life to change significantly after the birth of their first child, but not quite in the way it did.

After three months of concern since their baby Lucy was born, new parents Michael and Caroline Rochford have finally found relief following a successful procedure at Spire Leeds Hospital that took just one minute.

Baby Lucy, born in June 2017, immediately had problems with feeding. So much so that mum moved baby from breastfeeding to bottle-feeding in the first few days, however Lucy suffered problems with colic and wind. 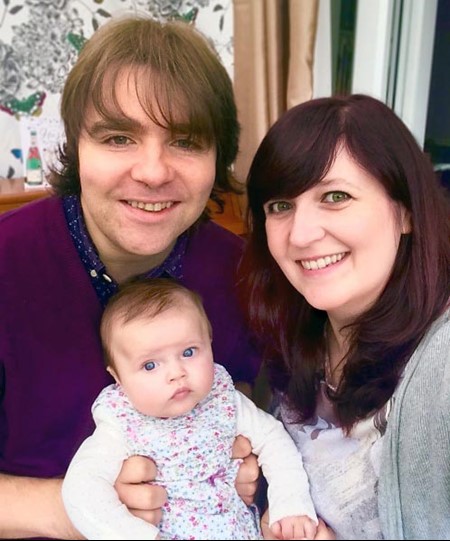 “Caroline found it very painful trying to feed our baby. Lucy couldn’t latch on properly and it was very distressing for both of them,” said Michael. “My wife’s parents immediately went out to buy formula milk and we switched to bottle-feeding. We were quite upset about this as our plans had always been to breastfeed Lucy and so we didn’t really have an alternative plan.”

Michael and Caroline took Lucy to see a GP who diagnosed a tongue-tie. “We were advised that the procedure would not be available to Lucy under the NHS as she was bottle-feeding successfully. But we were still concerned,” said Michael.
“Later we read that bottle-feeding when a baby has tongue-tie could cause colic and wind as the baby takes air down into the stomach due to their shortened tongue. We were concerned as we could see Lucy was suffering after each feed. We didn’t want her to develop a negative association with feeding,” said Caroline. 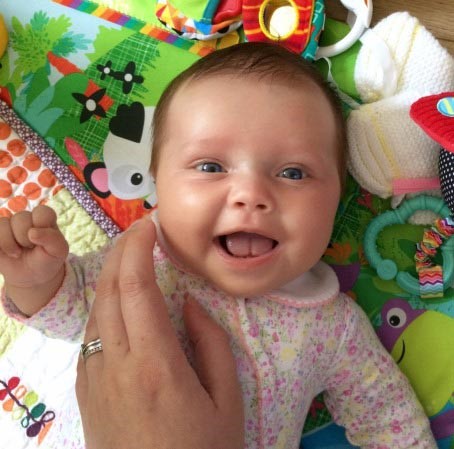 Tongue-tie (or ankyloglossia) is a condition that affects the way the tongue moves in the mouth. For some babies, their frenulum – the cord-like strip of skin joining the underside of the tongue to the floor of the mouth is shorter than usual making it difficult to breastfeed. Tongue-tie affects around 4-11% of newborn babies. It's more common in boys than girls, and sometimes runs in families*.

Signs of tongue-tie in newborns include gulping, making clicking noises and breaking suction while feeding because they cannot latch on properly, causing distress for both mother and baby.

In Lucy’s case, the situation worsened to the point where they knew they had to do something about it. “We were also worried that Lucy might have speech problems later due to her shortened tongue.

Michael and Caroline, both genealogists, who run a business, offering family history and lineage research services, in their hometown of Wakefield, heard a talk show on Radio 5 about people opting for private treatment. They realised a lot of the callers were talking about taking their babies for private tongue-tie treatment as it was often not available without a wait on the NHS.

They called Spire Leeds Hospital and were able to see Mr Gerard Kelly, a consultant ENT surgeon, within a few days. Mr Kelly said baby Lucy had a significant tongue-tie (ankyloglossia) and he performed a division of tongue-tie in the out-patient clinic. The actual procedure took around one minute.

The procedure is only available in a small number of hospitals and Spire Leeds is the only private hospital in Leeds to treat children under three-years-old for this condition.

Mr Kelly said, “The advantage of performing this procedure in babies is that the operation can be carried out in the out patient clinic. It’s done without a general anaesthetic and is really quick. The baby is held by its parent or one of the Hospital’s specialist paediatric nurses. The tongue is lifted and the frenulum is cut with sterile scissors and the tissues pushed apart to divide them. The best time to divide a tongue is when the baby is just born when babies are less bothered by the procedure and breast-feeding issues may be resolved quickly. Older children may need hospital admission and usually a general anaesthetic.” 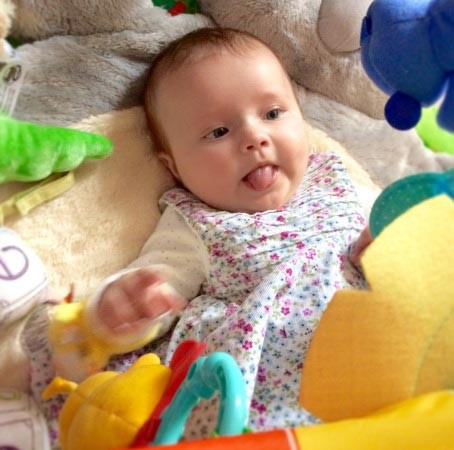 Babies usually feel the benefits straight away and Lucy was back to normal feeding within a few days. “It was too late to start breast feeding and Lucy was happy bottle feeding so we continued with this. It was more important to make sure our baby is happy and well fed. It also meant I could do my share of bottle feeds during the night,” said Michael.

Mum and Dad are delighted with Spire Leeds Hospital and are more than happy to share their story. Caroline said, “The staff were all helpful and professional and the Hospital was clean and comfortable. Mr Kelly took the time to explain everything during the consultation and we are very grateful for his help.”