When mum-of-three Hazel saw the scales heading for 14 stone she knew she had to do something for the sake of her health and her happiness.

Nearing 40-years-old and with a trail of abandoned diets behind her Hazel decided that surgery was her best hope of losing weight permanently.

She said: “I can lose weight but I just can’t keep it off. As soon as I finished a diet the weight started to pile back on. Surprisingly I was eating reasonably healthily but I was just eating far too much - my portion size was out of control.

“Another reason for having surgery was that during my pregnancy with my third child I became a ‘gestational diabetic’ I was frightened that if i continued getting bigger and heavier I would become permanent diabetic in the not-so-distant future.

“I knew it was a big decision but there was no point kidding myself, I needed to lose weight and I felt that surgery was my best option. A couple of close friends had taken the surgical route and been very successful in losing weight so I decided was going to take a similar option.

Standing at just 5ft 1in and worrying about general fitness as well as diabetes, Hazel met with consultant surgeon Mr P K Jain at Spire Hull and East Riding Hospital.

“We discussed the options and it was decided that a gastric sleeve would be the most suitable procedure for me. It had the added bonus of usually having a shorter recovery time than other surgeries which was important as I had three young children to look after,” she said.

Mr Jain, who specialises in laparoscopic surgery to treat obesity, explained: “The stomach is like reservoir for food and usually has capacity of up to two litres. Gastric sleeves reduce that capacity to between 150 to 200ml so you would feel full a lot quicker and eat less than you were used to eating.

“This means you will need to make big lifelong changes in how they eat - including smaller portion sizes and different foods - in order to maintain weight loss.

“Hazel was struggling with food portion size before surgery but made changes in her eating habits after surgery to get excellent results. In reality, all her hard work changed her life.

It is important to recognise that obesity not only results in a number of disorders - e.g. diabetes, hypertension, sleep-apnoea, arthritis -but can also affect quality of life and mental health.

“Once people reach a certain point in terms of their weight and related disorders, diet and exercise alone are just not effective. For many, surgery is not the easy way out but the only way out!

Surgery went well but getting used to the gastric sleeve was far from easy. Hazel was given advice from a dietician and spent two weeks on clear soup before gradually moving onto solid food.

“It was a steady progression, from clear soup to porridge or mashed potatoes before I could start to tackle proper foods. Even then my appetite was so reduced I could only manage the smallest of portions,” she said.

But the weight started to drop and Hazel found herself fitter and more energetic than she had been for years. “I’m full of energy and much more positive as a person – the changes have been amazing. I can now play rough and tumble with the kids and not be out of breath at all,” she said.

And another major bonus is shopping for clothes!   Now down to a very slim 7st 4lbs Hazel can actually buy her clothes on the High Street s- rather than searching online sites for larger sizes.

“I still now go straight to the large-size clothes before realising I’m not that shape anymore - it really takes time for your mind to catch up with what has actually happened to your body,” she said.

“Now I’ve got my make-up back on, I’m wearing skirts and dresses that actually fit me and I’m once again taking pride in my appearance. I look back at my old photographs and can’t believe it is me.

“It has been a tough old journey but I feel better than I have felt in years and my only regret is that I didn’t do it earlier.” 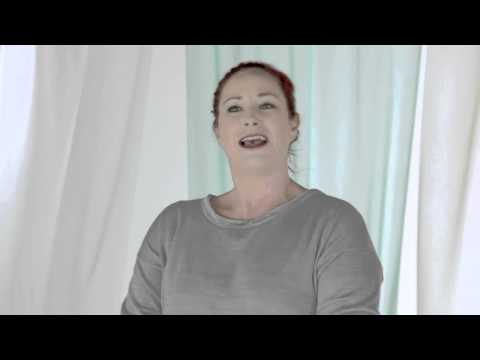